One Piece Chapter 980 is going to release this week after a week break, and it looks like some raw scans spoilers have been leaked online.

In One Piece Chapter 979, we saw Straw Hats and the whole alliance Onigashima while Kaido and Big Mom were celebrating. Kinemon, with thousands of samurai, made his move from the east flank of the island while Denjiro invaded the west. Law took a slow route to enter from the back while others were at the central portion. Franky revealed the Black Rhino superbike and Branchio-Tank to rush from the middle of Onigashima. Luffy was already gone to stop a kid from spoiling Kine’mon’s plan, and Zoro was following him to prevent any further chaos. 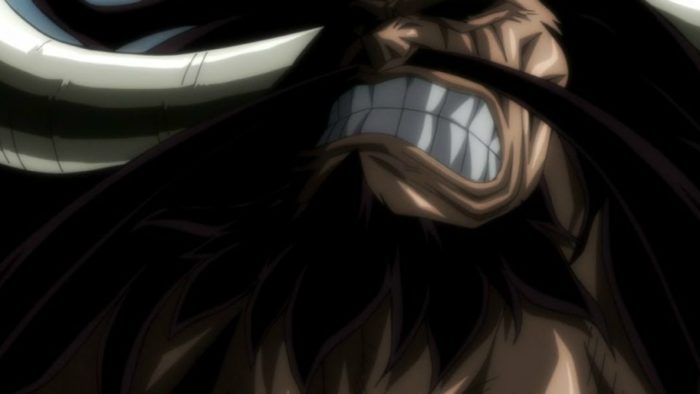 In the end, Luffy was angry because of some pirates were talking to throw oshiruko into Okobore town.

One Piece Chapter 980 is releasing this Sunday, but early raw scans have been released online. According to the spoilers from Redon, Luffy starts rampaging near, and Zoro has already reached there. He is trying to calm Luffy. Meanwhile, Apoo sees Luffy and reports to the Queen, who orders one member of Tobiroppo to catch Zoro and Luffy. Apoo attacks Luffy, but Kid attacks him.

One Piece Chapter 980 is releasing this Sunday on May 24, 2020. Read the full chapter on Viz. There are previous chapters available to read for free.