Nvidia GeForce RTX 3090 might have 24 GB of GDDR6X memory

We are inching closer and closer to the full reveal of Nvidia’s next-generation of GeForce graphics cards, and we will soon know everything about them. But we are an impatient lot, who would rather have the information now than sooner. And therefore, we keep scouting the internet for any potential leaks and rumours. After all, the Ampere-based GeForce RTX 3000 series is rumoured to get a considerable performance boost compared to the RTX 2000 series (along with a considerable jump in price too). Nvidia is also going to bring the 90-suffix, back after a long time with the RTX 3090.

Videocardz is reporting that they have found out the memory specifications for the upcoming Ampere GeForce graphics card. They are claiming to have gotten this information through their sources at third-party graphics card manufacturers. As of yet, they have only confirmed the memory configurations for the RTX 3080 and RTX 3090 so far. The GeForce RTX 3080 is going to supposedly come with 10GB GDDR6X memory. The GeForce RTX 3090 is going to come with 24GB of GDDR6X memory. This puts it in the same category as the TITAN RTX. Both the cards are expected to be at least 19 Gbps. If you want to find out more, you can go read more at Videocardz. 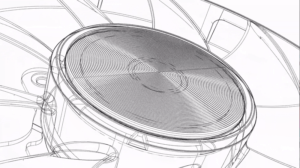 Just a few days before Nvidia had released a video, where Nvidia engineers and designers discussed the changes being made to the Ampere-based GeForce cards. At the end of the video, the company flashed a brief clip of what appears to be the RTX 3090. Nvidia talked about cooling extensively through the video, claiming that they have overcome some of the cooling constraints that exist in current GPUs.

And if you cannot wait to learn more, there are a lot more rumours flowing around on the internet.