The Geforce RTX 3080 is one of the best graphics cards made by NVIDIA. This graphics card was released on September 17, 2020. But, this American graphics card is not available anywhere to buy. It is out of stock on every e-commerce store and offline market.

The demand for this card is so high that just a few seconds later of its release, it became out of stock on the computer parts shopping website, Newegg. They said that there was more traffic as compared to the morning of Black Friday. Now, Nvidia GeForce RTX 3080 is available on Dell Store for $895.99 but you have to wait until October to get the delivery

A Reddit user Ayyydood, posted on the NVIDIA  subreddit saying, “3080 available on Dell (ships in October)  Does not ship until OCTOBER. Also, this is a little bit over retail but you can price match with Amazon.” 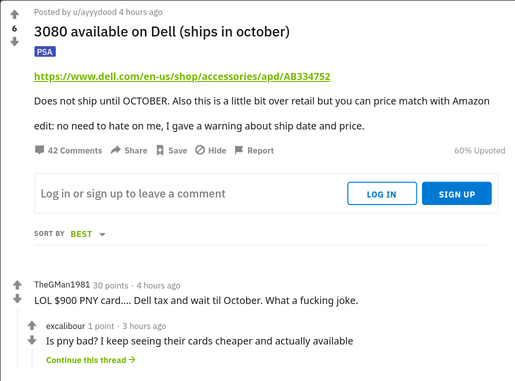 Looking at the comments of the users, they will wait for some time to get the stocks at a cheaper price. Earlier, Dell announced that their Alienware Aurora Desktops will come with RTX 3080. 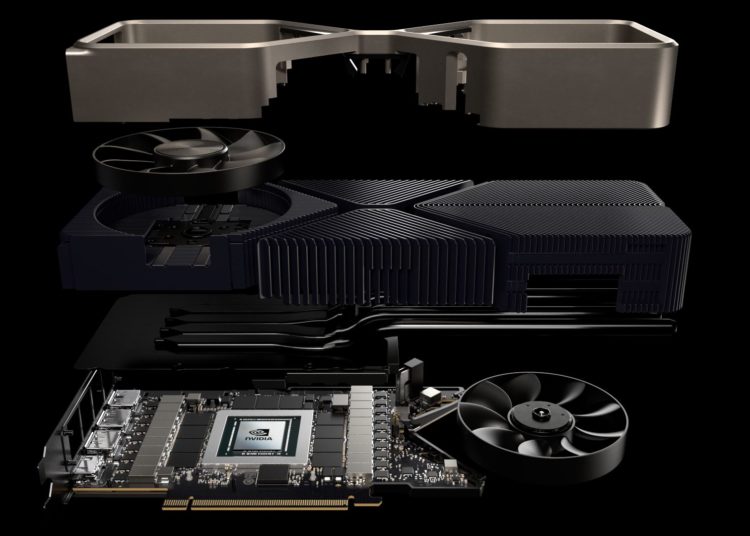 The GeForce RTX 3080 gives the ultra-performance that every gamer craves for. It is powered by Amper, which is NVIDIA’s 2nd gen RTX architecture. With enhanced RT Cores and Tensor Cores, new streaming multiprocessors, and superfast G6X memory it gives an amazing gaming experience to users. The NVIDIA Ampere streaming multiprocessors are the basic and important building blocks for the world’s fastest, best performing GPU for gamers and creators.

The NVIDIA CUDA has 8704 cores with a clock speed of 1.71 GHz. It also boasts a large 10GB GDDR6X graphics memory.

Tell us more about your thoughts on this new graphics card in the comments section.