Note:  New updates are being added at the bottom.

Original Post (Jan 3): HMD Global has launched the Nokia 5.1 Plus back in July 2018. Nokia 5.1 Plus was initially launched with the Android 8 Oreo and as it is an Android One device, it got the Android 9 Pie update which is now an older version as Android 10 is are already out in the market for a few months. A lot of people now are asking for Android 10 for Nokia 5.1 Plus.

Every day some users on Twitter and other social media sites ask about the Android 10 update for Nokia 5.1 Plus. Check out some of the tweets by Netizens. 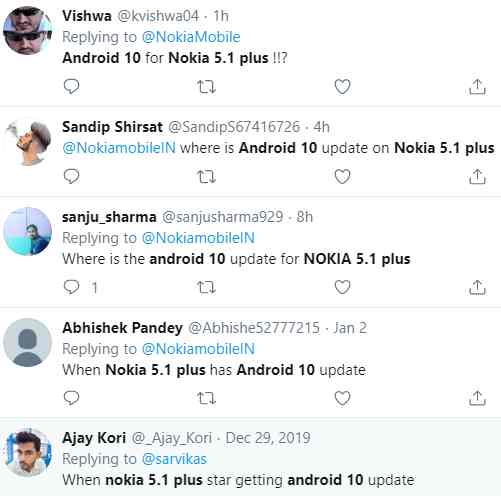 If you own a Nokia 5.1 Plus smartphone and wondering when Android 10 update will arrive on the device. Don’t worry, HMD global has announced the Roadmap of updating its devices to the latest Android 10. 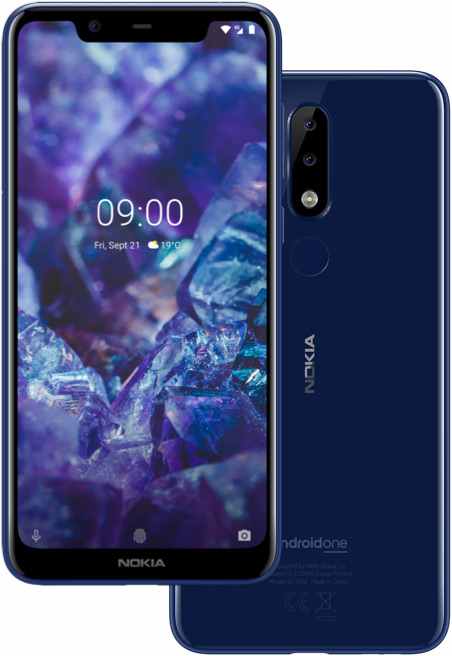 The last update Nokia 5.1 received was the December security patch.

We know you are waiting for a long time to get the Android 10 update on your Nokia 5.1 Plus. But, to update OS without any bugs, companies require time and you will also not want an update with a lot of bugs. So, you have to be patient and it will be worth it.

Note: We will update the post when any news about the Nokia 5.1 Plus Android 10 update arrives, So stay tuned. Also, share this story on Twitter, tagging Nokia and HMD global, so they may listen to the users as soon as possible.

Nokia 5.1 Plus will receive the Android 10 update in Q2, 2020: says Nokia Twitter handle. Check out the official tweet below.

While we have taken all the steps to fight COVID-19, we still aim to be the fastest brand to update its portfolio to Android 10. Although our schedule changed a bit, we’re proud to announce a number of phones will be upgraded soon and excited to share our new roadmap: pic.twitter.com/nKEYSkI8Ow