It's the DOOM edition of their Hero Gaming Chair

by Vansh Agarwal
in Gaming, News

Doom 2016 was a surprise comeback for the legendary franchise. Originally released in 1993, the original doom is often credited with popularizing the first-person shooter genre. It was fast-paced and gory. You moved quickly and shot demons. While this formula worked for them for a while, it is no secret that they had trouble repurposing it for a modern audience. Their 2004 attempt, Doom 3, tied to make the series more horror-eques but it proved to be very divisive.

So, when Doom 2016 went back to the original formula and struck all the right notes, it proved to be an enormous success. Fans and critics alike, fell in love with it fast-paced and no-hold-barred campaign. People were even more excited to see what would come next. And Doom Eternal released this year did not disappoint. The developers continued to work on their basic formula that everyone loved while fleshing out the already-great mechanics.

These two games have ensured that Doom continues to have a loyal fan following who would love to have some Doom merchandise in their life. And looks like Noblechairs has come up with something that would fit perfectly into any fan’s gaming setup. We all know how important a good gaming chair is, even more now that we are all spending increased time at our desks.

Noblechairs is launching the official Noblechairs HERO Gaming Chair- DOOM Edition. While the name is certainly a mouthful, the chair does look cool. It incorporates elements from the game and has the Doom logo stitched on both sides of the headset. It is made of leather and has integrated adjustable lumbar support. Some other key features include: –

This gaming chair will certainly make for an awesome addition to any Doom fan’s gaming setup. 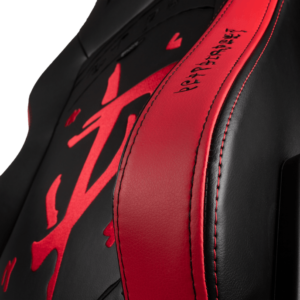 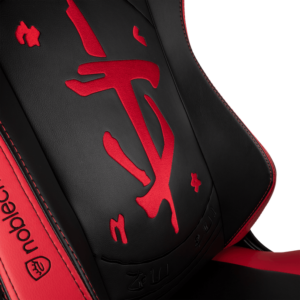 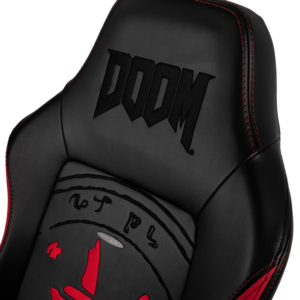 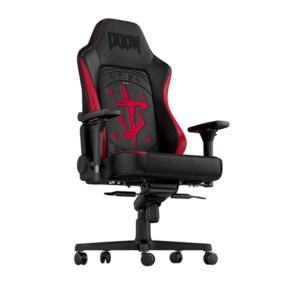 You can now download the stock Samsung Galaxy Note 20 wallpapers

You can now download the stock Samsung Galaxy Note 20 wallpapers