Need for Speed (NFS) Unbound is all set to roll out and folks with Steam Deck are curious if their console will support the game. Steam Deck is a relatively new gaming platform and also faces issues when running new and demanding games. While NFS Unbound does not has crazy system requirements, it still requires players to have decent specs in order to run smoothly. So, this poses a problem for Steam Deck owners. Will the game run on their device? Is it supported on their handheld console? How well is NFS Unbound performing on Valve’s device? Well, we are going to answer all your questions.

NFS Unbound is EA and Criterion’s latest title. Players have been expecting a new Need for Speed game for quite a while now. The developers went with a whole new direction with the art for the latest title. The extravagant graffiti colors along with realistic car designs make it a unique combo. The game also has a lot of vehicle customization options that will allow you to tune the cars according to your needs. Now, Steam Deck owners are wondering if they will be able to enjoy the game alongside other platforms. Well, let us find that out. 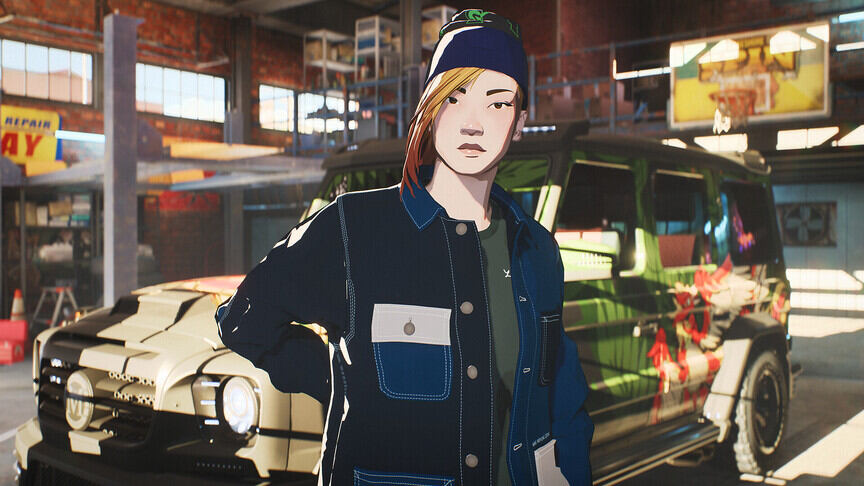 Officially, Steam Deck does not support Need for Speed (NFS) Unbound as of now. Valve has announced that the latest racing title is not supported on its console. There are various reasons behind this decision. First, you need a third-party EA application in order to run the game which is a big issue for the Steam Deck. But, if you are able to bypass this step somehow, you will be able to run the game on your device. A lot of people have confirmed that the game is running on their Steam Decks using Proton Experimental. But, the game can barely perform on the handheld device.

In most cases, NFS Unbound is taking too long to load on the Steam Deck. Players have also reported that the gameplay is quite choppy and they have encountered FPS drop issues as well. This is quite disappointing considering that Steam Deck is a capable device. Now, you can mitigate these issues by lowering the graphical settings from Accessibility & Settings. This will improve the gameplay quite a bit. But, until the developers smoothen out the performance issues, you will feel a lot of hitches while running NFS Unbound on Steam Deck. We will update our article further when more information is available. So, stay tuned to Digi Statement, and happy racing.

Need for Speed (NFS) Unbound: How to Turn Off or Disable Motion Blur