Players have been reporting that the newly released NBA BAll Stars is crashing on their mobile devices. Well, since there has been no official information on the solution to the problem, it is rather hard to say anything on how to fix it. However, in this article, we will be showing you some basic tips and tricks which can get your game running again.

Developed and released by Netmarble US, Inc NBA Ball Stars features the gem-busting puzzle gameplay available for both Android and iOS. You can create your own roster and hop on the journey of acquiring your championship title. The game was released on 5th April 2021 and since then it has been running into many bugs and crashes. However, for a new game, it is often normal to have many bugs and glitches and NBA Ball Stars isn’t an exception here as well. 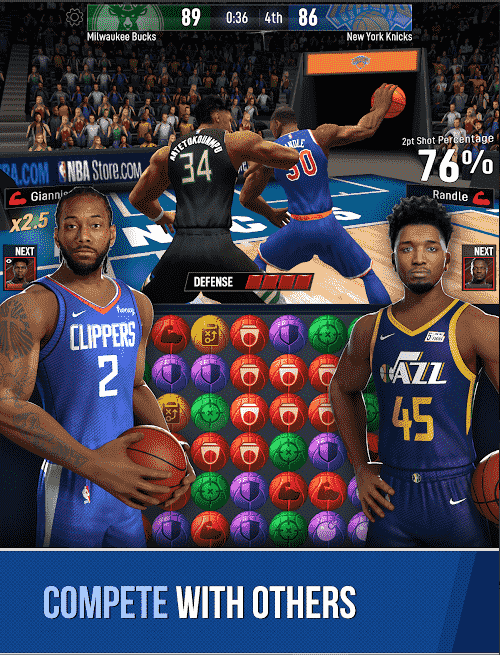 With a lot of players reporting the game to be crashing on their systems, it has to be fixed ASAP before the majority of the players leave the game for good. We are expecting that once the issue is acknowledged by the devs, it might get fixed in a couple of days. Until then, try these temporary workarounds to get your game running again.

Note- These are just temporary fixes and not permanent solutions. The game can only be fixed by the devs and we expect that a new update patch might be on our way soon.

These two methods should have fixed the game. However, unfortunately, if the crashing persists, then try reinstalling the game. Without proper dev support, there is no way to completely fix the game for your device.

As of now, there is no information on the release date of the Update patch for this crashing issue. However, if we get hold of that information, we will be updating you with it for sure.