Today, 2K revealed a new Locker Code on various social media accounts. Today’s Locker Code can be redeemed for a guaranteed pack. Either a Campus Legends, Leap Year, or New Year’s Resolutions pack. It will be available for a week. 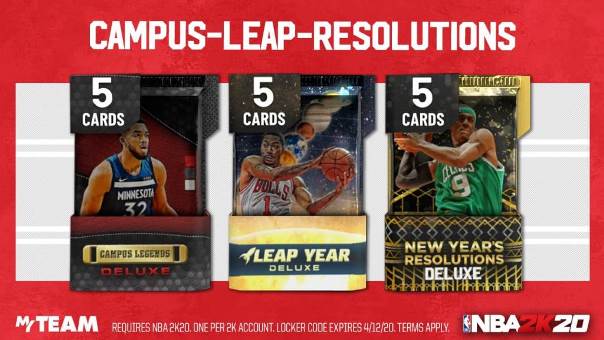