MSI 400 series motherboards will have support for AMD’s Zen3, after BIOS update

It has been a week or so since AMD officially released their Zen3 microarchitecture, called Cezanne. After some confusion it was cleared that there won’t be any Ryzen 4000 series this time. The jump was made directly to Ryzen 5000s, otherwise codenamed “Vermeer” to avoid mix-up with Ryzen 4000G etc. One thing seems pretty straight, AMD wanted to offer gaming enthusiasts something they can’t refuse. Has it gone the distance to achieve it? Well, it’s hard to deny, given that Intel’s latest generation of CPUs did perform poorly as per expectations. Quite naturally, the big question was which motherboards were going to support the new Zen3 architecture. Slowly and steadily, we are getting answers and the latest confirmation says MSI 400 series motherboards will support AMD Zen3.

After ASRock and ASUS, MSI 400 series motherboards to feature support for AMD’s Zen3

Well, this isn’t really a surprise, given all its competitors were enabling BIOS updates on their 400 series motherboards. The formalities were due and it was confirmed in a press release that MSI 400 series motherboards will run Zen3. This as obvious would require appropriate AGESA firmware updates. That is where the generosity will end. Those with X370, B350 and A320 motherboards would have to move on from the MSI 300 series to experience Zen3. MSI has released AGESA COMBO PI V2 1.1.0.0 for its 500 series motherboards already. That will allow you to utilize PCl-E 4.0 to its best. ASUS rolled out a rough schedule regarding the BIOS updates of its various motherboard series. Reports suggest that MSI too will provide their schedule but they a waiting for AMD’s support code. 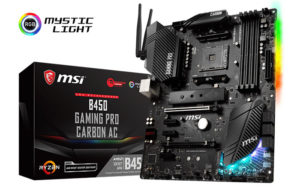