by Ankit kumar
in News, World

Match between Montreal Canadiens and Philadelphia Flyers is currently live. The match can be streamed live on Sportsnet in Canada.

The match started at 3 pm EST/ 12 PM PST. It can also be streamed live on this url : NHL.tv/NHL Live
Match between Montreal Canadiens and Philadelphia is currently live at Centre Bell, Arena. From Canadiens side, J Armia has scored one goal and T. Tatar has scored two goals whereas from Flyers side, K. Hayes, T. Konecny and J. Braun has scored one goal each. K. Kinkaid saved three goals whereas B.Elliott of Flyers saved three goals.

Current score of the match 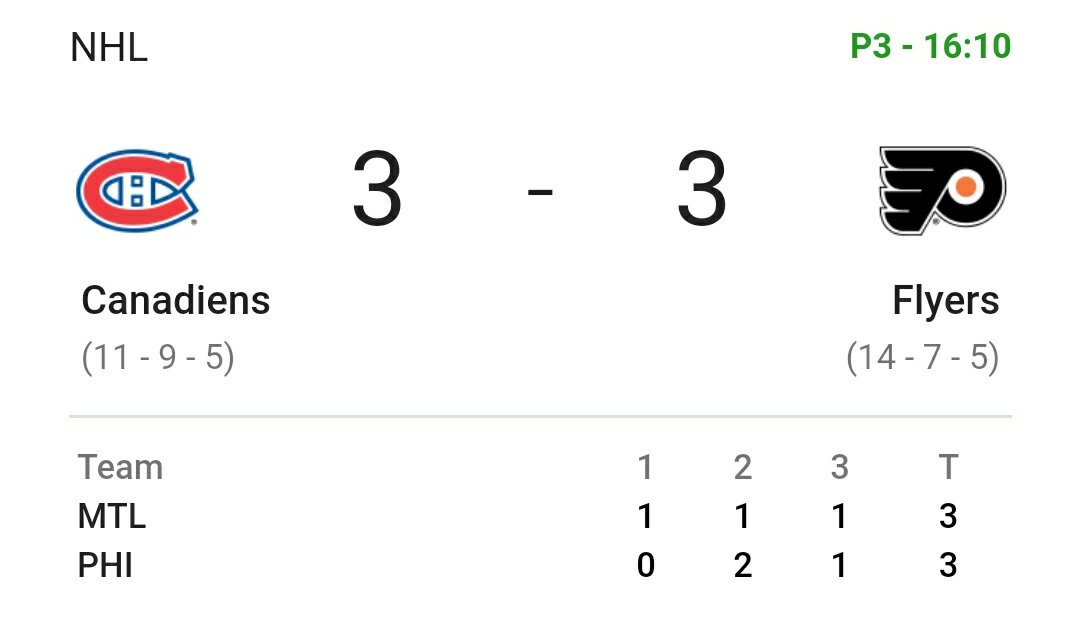 We will keep updating the score.