Find out how to hunt the Great Izuchi on the MHR demo on Nintendo Switch with a video, preparations and play tips for combat with the various weapons. Not to mention an overview of his equipment. The Grand Izuchi is the first real contact with the Monster Hunter Rise bestiary, as it acts as the prey of the beginner’s hunt in the demo. In practice, it’s probably not the easiest monster of the bunch, but it’s an interesting fight for new players new to the game, as well as veterans experimenting with the Filoptera.

Fight against the Great Izuchi

As the beginning of the game fight, the Grand Izuchi is not very formidable, it will just require you to master the basics of the gameplay to overcome it. That is, knowing the combos of your weapon, taking consumables to heal yourself, and possibly making good use of the Filoptera.

Start by killing the little Izuchis if you don’t have a weapon that sweeps a wide area with its attacks. This will prevent you from taking damage as well as interruptions at inconvenient times.

Try to maintain your maximum health with base healing potions, this is not a race.
With this monster, as with many others, the most important thing is not to face it unless you know exactly what you are doing. This monster will turn in your direction before attacking, so when it does, you have to either block, run, or dodge.

The Great Izuchi has quite a variety of attacks, with ranged spit of drool, leap, and small claw strikes. But above all, beware of his tail. He can unleash a powerful vertical attack accompanied by a great leap forward. It can also whirl over a large area as it moves forward. You should be able to avoid the majority of these attacks by staying in motion and attacking it from the flanks.

Attack the head for maximum damage. Attacking the tail and damaging it reduces its damage as well as the moves it can use. 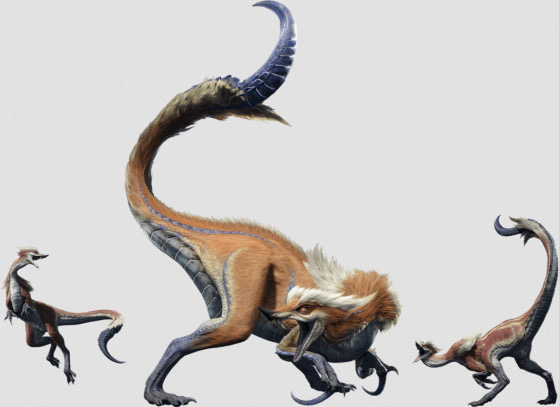 Dota 2: RAMZES666 and No[o]ne rumoured to form a roster with Fata and Sumail

Dota 2: RAMZES666 and No[o]ne rumoured to form a roster with Fata and Sumail