Monopoly Plus is a video game adaptation of the iconic board game Monopoly, with the board depicted as a city and the addition of house rules. It was developed by Ubisoft and released initially in 2014. This game has gained a lot of popularity as it is a childhood dream game for almost everybody. The game was initially for gaming consoles only, later became compatible on PCs too. Though this game is played by gamers all around the world, it encounters some errors. One of the errors is ‘error code ce-34878-0’. If you are facing this error too, and want to fix it, we have a solution for you in the blog! 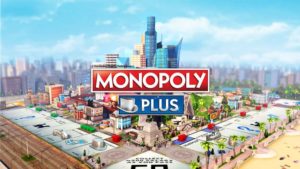 Monopoly Plus released for consoles for the first time in 2014 as part of the Monopoly Family Fun Pack. This edition of the game also included My Monopoly, a board game with visually customizable boards, and Monopoly Deal, a card game that is not available for PC. The PC edition was released in 2017 with Rabbids DLC included, but additional My Little Pony and Just Dance DLCs were never released.

The PC version of the game received mixed reviews, with many complaining about the game crashing often, running slowly, and having significant problems with online multiplayer, with no way to resume the game if anything went wrong.

You can change the rules to suit your playing style. To spice up your game, try the popular Speed Die mode, or choose from a catalog of 6 house rules chosen by Monopoly group members from all over the world!

Monopoly Plus is facing this issue only on PlayStation more often. This error code appears when you are in the middle of the game and you are brought to the home screen with the error code ce-34878-0. This simply shows that the game crashed.

The fixes for this type of error is not difficult. However, some fixes may work for one and not respond to another. We have given some solutions to resolve this error from your side.

If the error CE-34878-0 is caused by hardware failure, you can try to troubleshoot by restarting the console and controller.

Hard drive upgrade is one of the possible reasons for error CE-34878-0, so if you have ever replaced the hard disk drive in your system, re-install the original one to check if it is the source of the issue.

These 2 methods should help you fix the error on your gaming console.

Pokemon Go : Trainers exiting a battle after matchmaking will result in a penalty