Marvel’s Midnight Suns is an upcoming strategic role-playing game from developer studio Firaxis Games in collaboration with Marvel Games and also from publisher 2K Games. It is a superhero game that features several comic book characters. An announcement of the game was a part of Gamescom 2021 on 25 August 2021. The current target release date for the game is March 2022. It is launching on various platforms such as Switch, PlayStation 4, PlayStation 5, Xbox One, Xbox Series X/S, and Microsoft Windows via Steam and also the Epic Game Store.

What is Marvel’s Midnight Suns? 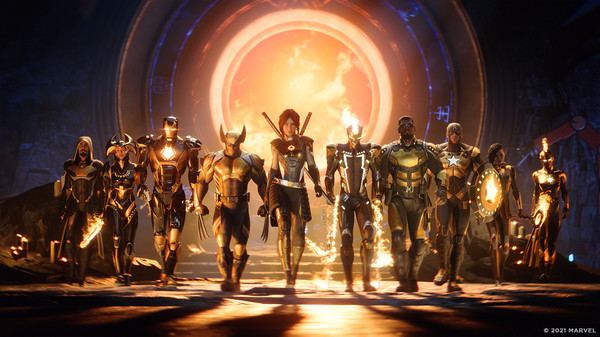 Marvel’s Midnight Suns is a mash-up superhero video game that features characters from multiple Marvel properties, such as Midnight Sons, Avengers, X-Men, and Runaways. In the game, players are able to create their own superhero, “The Hunter” with a choice of over 40 different powers & abilities. The roster of Marvel superheroes in the game includes Iron Man, Captain America, Wolverine, Doctor Strange, Captain Marvel, Blade, Ghost Rider, Magik, and Nico Minoru.

For fans who want a reference for the upcoming game, they can look at the gameplay of the Xcom series. The Xcom Series is another popular game from 2K Games that features a tactical strategy turn-based gameplay.

Does Marvel’s Midnight Suns feature micro-transactions? Is it Free-to-play?

The upcoming game is a full-price AAA title on all available platforms. There are no micro-transactions in the game. It is a single-player tactical game and does not feature annoying free-to-play elements.

Coming back to the main topic of this article, many superhero fans and gamers alike are wondering when the beta release for the game is coming out.

This article will be updated when new details regarding the official beta release date are announced.