The upcoming power-packed graphic adventure game Life is strange true colors is out for pre-order. Read our blog to find more about the release date, price, and every other detail. 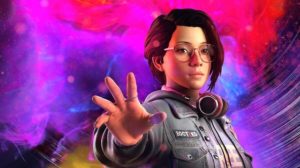 True colors is an upcoming adventure video game developed by Deck Nine and is published by Square Enix’s European subsidiary. It is the third mainline game of the Life is Strange series, succeeding Life is Strange 2. and also the fifth installment of it.

It revolves around the story of the main protagonist, Alex Chen, who is a young Asian-American woman. Alex grew up in a foster family and has had a quite troubled childhood. She unites with her brother Gabe eight years later when he encourages her to return. After her brother is killed in a mysterious accident, Alex goes on a run to investigate the truth behind her brother’s accident by using the psychic empathy power that allows her to read and manipulate the strong emotions which she calls colorful auras, to physically see how others feel around her. But while doing so, she gets infected by their emotions. She meets many citizens of Colorado’s picturesque mountain town of Haven Springs. Here she bumps up with her two potential interests, Steph and Ryan. Steph and Ryan appeared in Life is Strange: Before the Storm.

The game is scheduled to be released on 10th September 2021. Unlike the previous games in the series which had an episodic schedule release, True Colors will be released completely in its release date. That means, meaning you can now play the full game on launch day or use chapter breaks to play one episode at a time.

Life is Strange: True Colors is out for pre-order. If you pre-order this game right now, you’ll receive the Alex Outfit Pack as a bonus, which will add one optional outfit to your wardrobe in each of the starting four chapters. The game will be available in three editions, varying in prices. You can pre-order each of them right now.

How to activate Paramount Network on Fire TV Stick?