League of Legends (LOL) servers down – Ranked queues disabled & client crashing, not working for many players

One of the most popular MOBA games from Riot, League of Legends aka LOL is currently having critical server issues for the EU region. Many players are experiencing crashing issues & also some of them are queue with waiting of above 5000.

The problem is widespread & has affected many players. They have taken the route of Twitter to confirm the ongoing issues. Have a look at a few complaints which confirms the same.

Rito should stop League of Legends from crashing 10000x a week

Riot has issued an official statement regarding the same which reads the following : [LoL-EU] We are aware of server issues and teams are currently investigating. Ranked queues are disabled at this time. 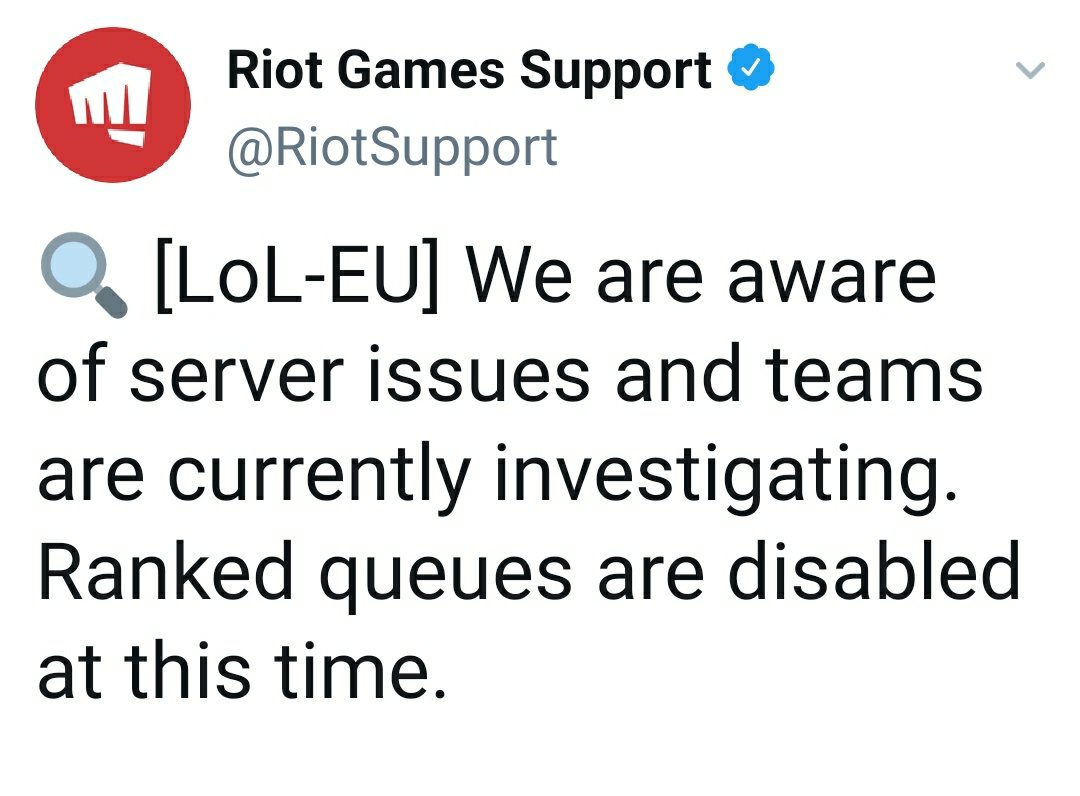 Rest assured, we’re keeping a close eye on all related developments, and will update the post with relevant info as and when we come across any. So in case, you’re having similar issues discussed here, stay tuned for updates