League of Legends (LoL): Behind the Scenes of K/DA, exclusive conference from the creators of LoL Music World

In the secrecy of a conference reserved for the lucky ones, three rioters engaged on the virtual group League of Legends K/DA and the musical universe around the game. Since its thunderous debut in 2018 with the title POP / STARS, the success of the virtual group League of Legends K/DA has never wavered. Even though it will have taken more than two years to hear again the merry band consisting of Ahri, Kai’Sa, Evelynn and Akali, the wait was worth it.

The group has made its comeback this year with not one, but five tracks on their EP “All Out”. Now enjoying a solid fan base, one can wonder – legitimately – what Riot Games plans in the future for the group but more importantly, what direction will take the studio on the musical level.

Rioter Tao Dunn, Patrick Morales and Hano Woo on the future of K/DA

To answer the questions of the community, three rioters took part in the game of questions and answers during a conference reserved for a lucky few. Toa Dunn, Head of Music for Riot Games, Patrick Morales, Creative Director (K / DA and Seraphine) and Hano Woo, Head of Communication for League of Legends (K / DA & Séraphine) talk about creation and impact of the K / DA group but especially on the studio’s upcoming music projects.

For years, Riot Games has introduced a lot of music within its MOBA itself. From K-pop to rap, via Metal, the studio has reinvented its champions to transpose them into the skin of singers inked in our time. “Our hope is to one day have a thriving musical universe that fans can interact and engage with it in unique ways – and, for us, music is key,” says Toa Dunn. “It all serves to create these memories lasting and those pop culture moments that resonate with gamers and fans.”

While Riot’s first forays into the music world were successful, K/DA rocketed all statistics in 2018 with their very first title, POP / STARS. In front of the enthusiasm of the fans, the studio is back in force in 2020 with a brand new EP. One of the creators’ wishes was to make the community interact with the group – hence the creation of a whole universe around Seraphine and her social networks or the publication of a comic book depicting the integration of the very young singer in the group. 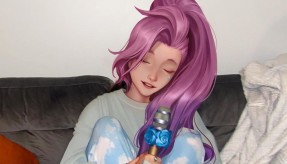 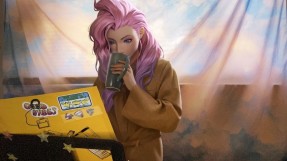 Patrick Morales: “The benefits are two-ways”

The benefit is twofold for Riot Games: on the one hand you have the people who are new to League of Legends thanks to the music produced by the studio and on the other hand you have long-time players who are learning about it. new styles of music thanks to their favourite game. In addition, the musical universe brings a lot to the game whether in terms of skins or in-game events. Whether on League of Legends or Legends or Runterra, the Riot Games CCG “much of what started as a celebration of music has gone on to inspire the content of skins and in-game events,” says Patrick Morales.

But esport is not left out, especially during performances, IRL this time – groups (True Damage during the Worlds 2019 final in Paris or K / DA this year for the Worlds final in Shanghai).

“Year after year, we strive to push the boundaries of gaming and entertainment,” Dunn continues, “with acts that harmoniously blend technology, creativity and music. Although we cannot promise or talk about our future plans immediate for now, we hope you are looking forward to seeing what more we have in store for you. “ 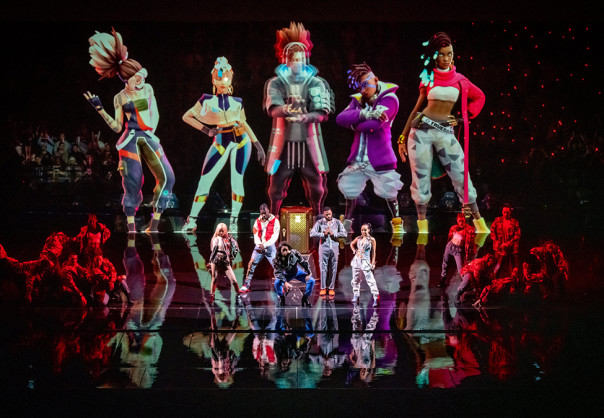 “We will pick up K/DA later,” Dunn says

Outside of upcoming K / DA content for the rest of 2020, as the group promotes their new EP, the studio isn’t giving out much information on future plans for their musical universe. Tao Dunn still gives an idea of ​​the direction that the musical future of League of Legends could take. “We’re super passionate about a lot of different genres and styles of music. When you really look at the musical universe, we have K / DA, which is in pop and K-pop, we have Pentakill, of course, we have DJ Sona and of course, True Damage, so we have a lot of opportunities to continue to express our passions in the different styles of music. Are we going to continue and just work on K / DA? No of course not. I think there are a lot of people in our team who are waiting, scrambling, and even working on some projects now,” says Toa Dunn. “Stay tuned, and you’ll see.“

You will understand, music and League of Legends, it is an association that is not ready to stop. But to know what Riot Games has in store for us, it will probably take a little patience…