Galio to make a comeback- Changes by Scruffy
League of Legends lead gameplay designer Mark “Scruffy” Yetter has announced some huge changes to the Collossus champion Galio without disrupting the pro scene. The changes look promising in the testing mode and will soon be implemented in the patch 10.7. 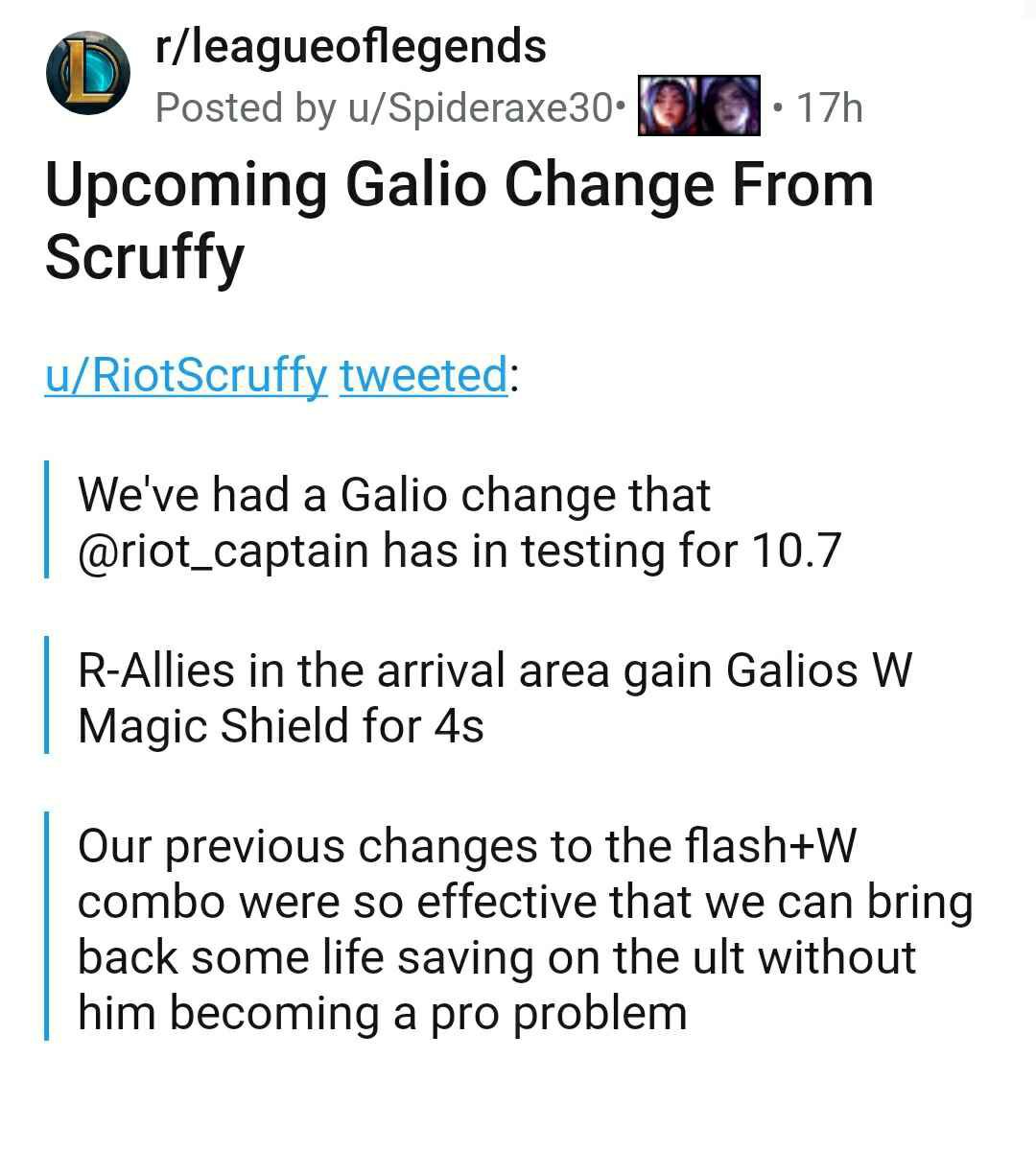 In the current meta, Galio has no impact with a pickrate of less than 2% and a meagre mid winning rate of 47%. This all happened due to the major nerf he got in the patch 9.14 update, where all of his abilities were notched down in an effort to ‘balance’ the overpowered hero. One of the highlights of which was the loss of his Flash + W combo.

Galio has always been a champion more focused in the pro aspects than a solo queue champion and Mark had to alleviate some worries about the changes affecting the pro scene, he said ‘Our previous changes to the flash+W combo were so effective that we can bring back some life saving on the ult without him becoming a pro problem.’

With the new changes to his R, Galio will be able to give his Anti-Magic Bulwark shield to his allies upon the cast and arrival area of his ultimate ability. The shield will protect the allies for 4 seconds.

This is done in the hopes of reviving the hero pick rate and boosting his versatile nature while trying not to negatively impact the pro gameplay.
The initial reaction is that the buff done is underwhelming and the hero needs to have a sustain in the jungle, while a Galio bug that doesn’t allow his passive to work on jungle creeps needs to be fixed.We will have to wait and see how the players, especially the pro players react to the changes to Galio, and see if there are innovative ways to implement the changes.