The raw scans of ‘The Promised Neverland’ chapter 165 just dropped and we are going to discuss some potential spoilers for chapter 165. But first, let’s discuss and recap chapter 164.

Before we begin, please note that this post may contain official spoilers from the next chapter of the manga. If being spoiled is not for you, we suggest that you stop reading the post here. However, if spoilers don’t bother you, you are good to go on.

Summarizing chapter 164: So basically what happens is, the demon world is in total chaos right now. The Royal Army has executed the civilians who were infected by the blood of the ‘cursed blood girl’ by the order of Peter Ratri. On the other side, three days later on 13th November 2047 at Grace Field, Peter is not holding back at all. He has all the children tied up, and they all look horrified as he breaks one finger of Nat just because he lied to him that Emma is dead. Emma has to hurry up now if she doesn’t want anyone to be hurt by Peter because he is in a very bad mood. 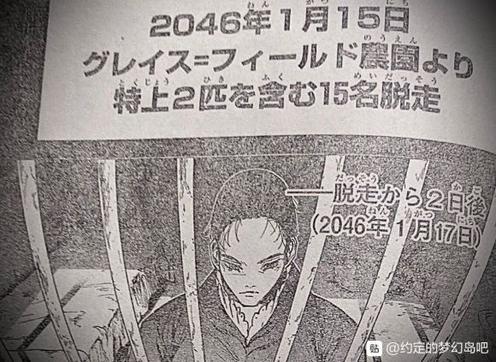 Now, let us discuss the new raw scan page that we got for the next chapter that is chapter 165. On the 2nd page, we can see Emma and her team taking charge, fully prepared for the battle to come, they have finally infiltrated Grace Field to save the other cattle children. On the first raw scan page, Isabelle is shown locked up in a cell, we are going to get the flashbacks about what actually happened to her after Emma and other escaped from Grace Field two years ago. 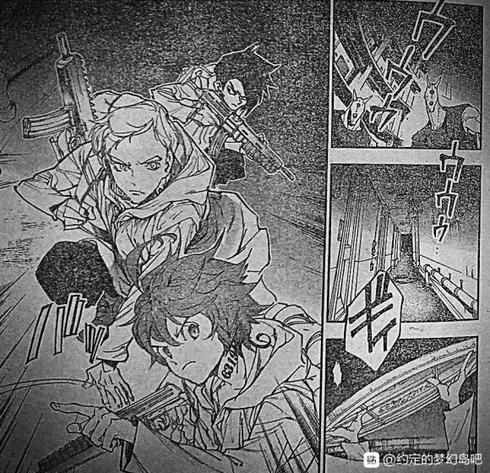 We find out that it was Peter who actually freed Isabelle again and later made her Grandma Isabelle from Mother Isabelle of the Grace Field. The story is getting more and more interesting to read. Many mysteries yet to unpack in upcoming chapters, keep reading.

The Promised Neverland Chapter 165 is going to release on 26th January 2020.

Stay tuned and let us know your predictions for the upcoming chapter of The Promised Neverland.