The latest chapter 232 of the rom-com manga took a fortnight worth of wait, justified with the expectations it hinged on. Komi-san and Tadano-Kun strolling together, visiting stalls at the cultural festival. The last panel of chapter 231 spoiled confrontations by the ladies declared assassins to their little love walk. Hence, with all the predictions of how the awkward ambiance of the manga would transform back into hilarity in the fingers crossed phase, the assassins pounced.

As foreseen, Emoyama-san dealt the least damage as she was struck by an enormous wave of emo upon seeing them together (Moreover, ’cause she knew everything about Komi-san’s emotions and the state she was in post her confession to Manbagi-san). She passed out and was taken to the infirmary.

Next, Sukida Lilly-san easily deduced Tadano-kun was a boy and left hinting on Komi-san’s conversation with Manbagi-san, leaving her anxious and Tadano-kun clueless. The most formidable foe appeared when the love birds were hidden in the Haunted House. But, her assault was halted by the former council president, who came up with her organization, CIA (You gotta read the manga for its full form. It’s too hilarious just like Isagi-san’s FBI).

The 45 min date successfully culminated with the points of the love triangle (Komi-san, Tadano-kun and Manbagi-san) rendezvousing near the stage upon which Nakanaka-san is performing.

Manbagi-san reminds Tadano of her promise and asks her if she could redeem it, to which Tadano (as usual) agrees casually. 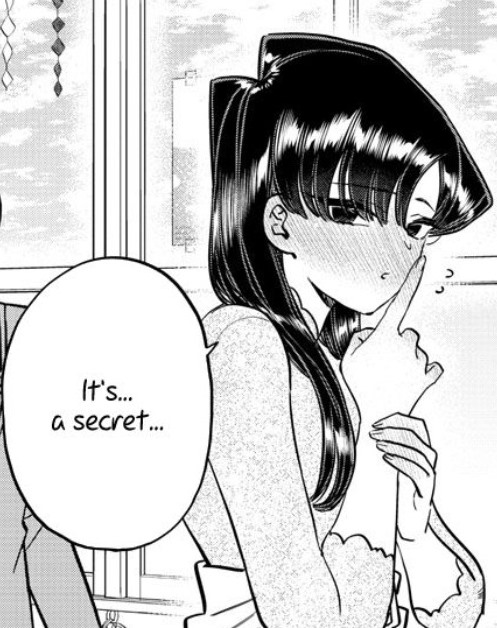 Chapter 232 ends with the words “It’s Manbagi-san’s turn and a happy new year.” So, love weather forecasts claim that the three assassins may attack again and maybe, the confrontations could get more brutal. Emoyama-san may be taken to the infirmary again and Lilly-san won’t bother nudging them ’cause she’s already seen through Tadano’s cute girl disguise. The president, Isagi-san may get Tadano this time and knock him blue with her hammer.

The possibility is that the events may repeat for the new pair. However their walk ends, one thing is for sure – Komi-san’s reaction would be the crux of the next chapter. We’ve seen Manbagi-san react out of envy and heartache by closing her teary eyes on quite some occasions. But, Komi-san who finally opened up and is now, engaging in speech rather than pouring out her words on a notepad, would be expected to show her jealousy in some form.

Though the chapter may wind up the story to normalcy, yet Komi-san’s reaction would leave the readers with heavy hearts. Maybe, she’ll confess her love for real this time. Or maybe, the girls may remain silent to maintain the robust friendship and we’ll get to see them competing for Tadano’s love in the future chapters. A tad bit of Romance, Confessions, Concealments, Friendship and tremendous Comedy – the optimum recipe for the best slice of life story.

Till then, stay tuned and enjoy the new year, or rather the new decade. The next chapter is scheduled to release on 1st January 2020 – to make the 1st day of the decade remarkable.

Credit for this article goes to Vikrant Tomar