So previously, a new semester begins in Chapter 162. We see the tension increasing with the fact that Kaguya and Miyuki are finally dating. And surprisingly no one knew it except we saw Nagisa making Kaguya confess about her dating. To top it off we see the boys Yu and Miyuki and poor Fujiwara getting a workout schedule. Our Yu wants a confession from the impossible girl tsubame thus begins his workout schedule and the president wants to get more fit to improve his princess’s carry. Fujiwara got caught up in the wind due to Kaguya. What more Kaguya gets a sex ed DVD from Nagisa as Nagisa is afraid of Kaguya becoming a lewd perverted princess. Discipline committee IIno slips this off as Nagisa warns her. 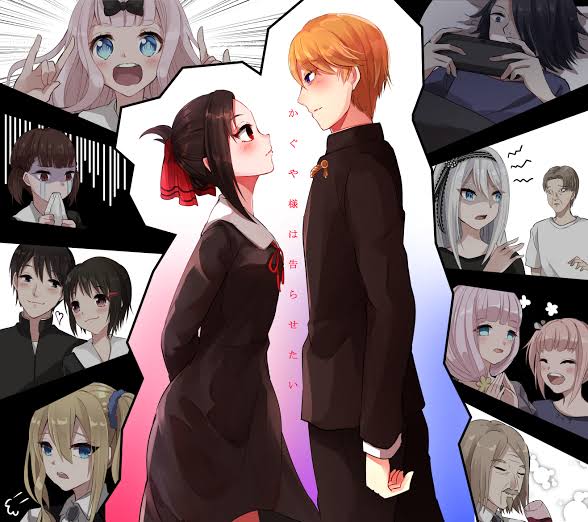 Now, in this chapter, we see the face-off between two rival families Shinomiya vs Shijo. We see a recap about what actually happened in the past that conspired the tension and coldness between Maki and Kaguya. When they both were kids and Kaguya was in her isolation always Maki actually wanted to play with her. But her father warned her about the Shinomiya family. And told her never to bond with anyone from that family. This caused an issue and both became wary of each other. 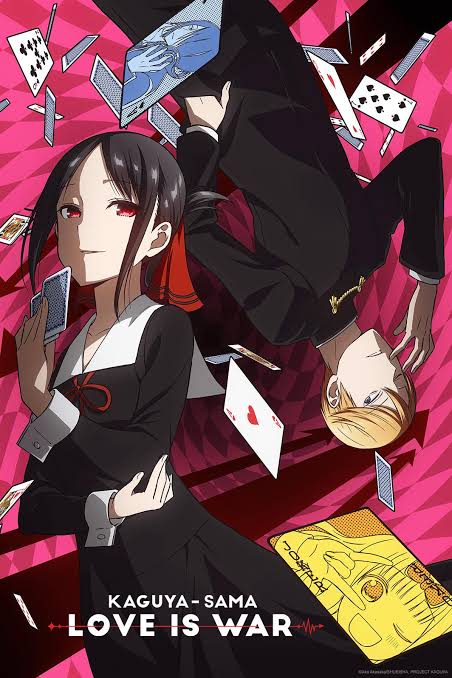 But did they both actually hated each other? Nah due to family conflicts they acted like that and this is visible when Maki says she hates Kaguya. But on the inside, she actually wanted to play with her from the beginning. That’s why she again asks whats the DVD is about and watches it with Kaguya. Even though both are future rivals we see a bond initiating will this actually lead into a good friendship? Will the hatred of Shijo end? Well for that there is a long way to go. And now our Kaguya Sama finally knows about the world of sex. 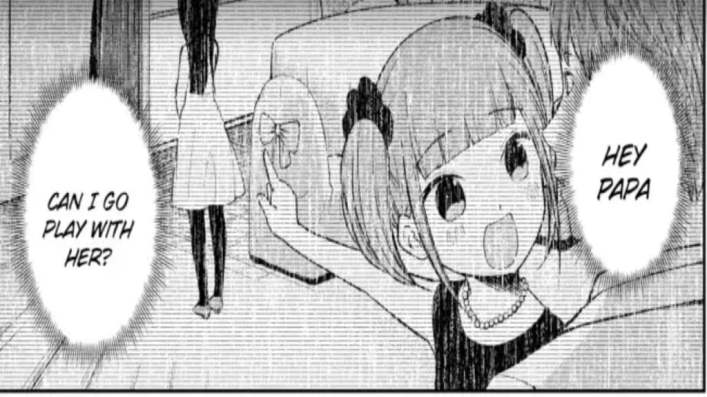 So high tension is on air. What will happen when the Shinomiya family knows about Kaguya’s relationship? What about their going abroad to study will that plan be a success? Will Yu ishigami really make Koyasu confess? And what about IIno who secretly like Ishigami? And what about Hayasaka and Chika would they get into a relationship among themselves? That would be quite hilarious seeing the events that happened in the previous chapters. Or we will finally see them in romance this semester? There are many interesting plots upcoming.

Stay tuned with us and uncover Kaguya-sama wa Kokurasetai. Chapter 169 is supposed to come out soon. Feel free to blast into the comment section with your theories

Also, stay tuned, we will be uploading the Raw Scans for the upcoming chapter. Happy Reading!