Last year, Epic Games surprised the fans with a first-of-its-kind in-game concert. For this, Epic Games collaborated with American EDM producer and DJ Marshmallow. Fans loved it a lot and Epic Games gathered tons of appreciation by the fans for a unique and fun event.

Epic Games is here again and announced a massive collaboration with renowned rapper Travis Scott. Travis will not only perform special set of his popular songs but will see him debut a brand-new track.

Well, there’s a lot in the pipeline, as Epic Games mentioned it as “other-worldly experience inspired by Cactus Jack’s creations.” And unlike the last year’s Marsmhello event, fans will get more chances to tune into the Astronomical event. The creators confirmed that there will be five showings spread out across three days between April 23 and 25.

Below we are mentioning the five showtimes, which would take place at different times in different regions. Users will be able to experience the concert in different time slots by changing the server region. Check out the dates and times for the Astronomical event:

The concert is not the only surprise, developers will be rewarding the players who will tune into the live concert with special loading screens designed especially for the event. 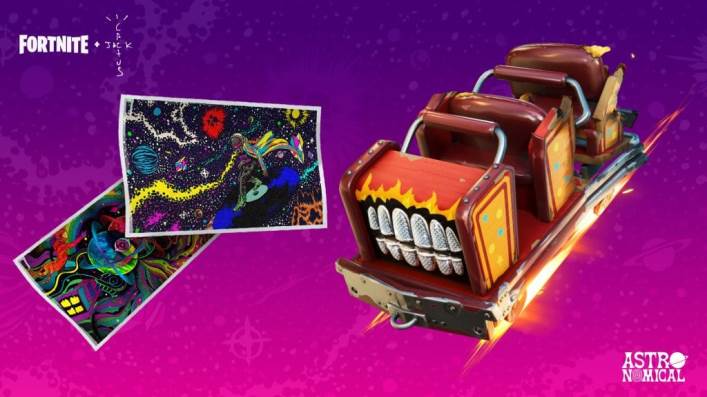