How to Play Valorant Beta? Is it Coming to PS4 & Xbox?

Valorant has grabbed a series of headlines from the past few days. Riot’s first-person shooter has given players and fans some hope that it will bring new cards to the party and we believe it will. The closed beta of the game has been announced and numerous players are trying to get in on the beta. If you want to be a part of it then you will follow these simple instructions verbatim.

Getting into Valorant Closed Beta

The sign-ups for Valorant Closed Beta are already underway on their sites. The audience that is interested can throw their chits in the goblet of fire and hope for the best but that is not the only method.

The first closed beta is only available in certain locations that are United States, Canada, Turkey, Russia and Europe. So if you are from there sign-up soon and start watching those closed beta streams today! You see Twitch drops have always been infamous that is why Twitch has the largest streaming community in the gaming industry. If you start watching Valorant streams, there is a chance that the drops might work in your favour and you potentially get an invite.

All the information about the new Riot franchise is on their website. You can check out their closed beta information. The closed beta starts on April 7 and if you are lucky enough to get the code for the invite, you will find it in the mail.

Yes, Riot is releasing their newest game on PC only and ignoring all the next-gen consoles set to drop this year. It is a very gutsy move by them. Players are happy with that, saying that the removal of console’s aimbot assist really helps increase the competitiveness of the game.
Let us know if you do get into the closed beta, we will be trying as well. Good Luck! 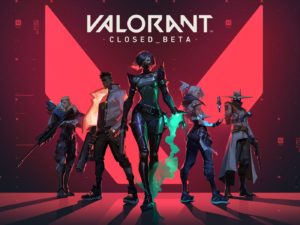