How To Install Friday Night Funkin on Chrome book in 2021 ?

by Neelanjit Das
in Gaming, News

Readers might be surprised to know that the sales of Chromebook operating system based laptops have quadrupled in the last quarter to over 11 million units making the yearly sales count to over 30 million units. Chromebooks are the most sought after choice for students and working professionals who need a light, portable and user friendly operating system based laptops.

Friday Night Funkin or rather the lazy weekend project game of some cool young college students who just wanted to pay tribute to the nice fellows over at newsgroups, have now become the talk of the town for this is the revolutionary rhythmic singing game which has taken up a lot more attention than YouTube, tiktok and many more overnight. 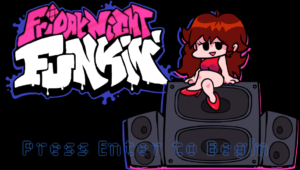 HOW TO PLAY FNF ON CHROMEBOOK?

Now since this game is not yet available on either android play store or chrome os play store chromebook owners cannot yet play this game, but they just might after reading this guide article.

It’s overall just a 10 minutes task. I will guide you step by step and also you can refer to popular youtuber (@Chrome os made simple)

Go to your chromebook’s system settings and look in the 9th icon “Linux(beta)”, Click that and install it.

After you are done with installation of Linux on your chromebook you will see that a black window has opened up, this is called a terminal. Not to worry this is quite normal just simply close it.

Now go to the Friday Funkin Website to download the Linux version of the game link- https://ninja-muffin24.itch.io/funkin

After you have downloaded the Linux version of Friday Funkin then move over the file from your downloads folder to “Linux Files”. This might take up a minute or so depending upon your hard disk or solid state drive speed.

Be very careful doing this step. Firstly open up the terminal by simply searching for it in the menu.

Then you will have to paste(list below) by either double click or shift+control+v, some pretty simple yet useful lines of commands. Now paste the commands exactly as outlined otherwise it will not work.

Don’t worry it’s perfectly safe and nothing will happen to your chromebook.

The first command will create a new repository Linux file system in the existing linux directory and this command should run automatically after you paste it into the terminal session.

The third command will add to the repository, the newly created file(which was created in the 1st command).

The fourth command will update the repositories of Linux applications.

The fifth command will install automatically all the updates needed. Press Enter (Y/N) when prompted. Its going to take some time so be patient. After a certain point of time there is going to come a dialog box which will ask for permission about “Do you want to change the home directory?” Click No and then Hit the Enter button.

Now it’s time for the game installation. Paste the Sixth code and let it run.

Next command(seventh) will make the game file executable application. Then after this process is done, check whether the game runs or not by simply pasting the eighth command. If it opens up then voila you’re good to go for the final and last step.

Paste the ninth code for this is help you create a menu editor for your convenience otherwise you will not find the game launcher in your home menu. After creating the menu editor paste the tenth command to customize your game launcher. Since this is a game choose the game category and click top left plus icon to create a launcher icon. After this name your launcher(as per your wish), just below this there is a command folder click that and select “Funkin” folder in your library. Be careful to only click the Funkin File not the zip file of Funkin.

Now you are all set, you installed linus, then downloaded Friday Funkin Linux version game from the website and executed various Linux commands on your chromebook’s terminal and lastly created a game launcher icon too on your home menu.

Congratulations, Now all that’s left is for you to enjoy your time playing Friday Funkin Night.