How to get bushes in Animal Crossing New Horizons

Leif is, like Redd, an NPC who appeared after game update 1.2.0. He is a friend of Timmy & Tommy who has heard of their flourishing business and will sometimes decide to come and jump on your island as any other travelling merchant in the game. 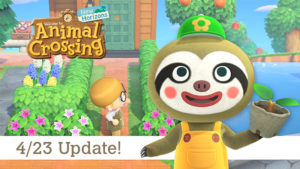 This NPC does not come empty-handed, indeed, he will sell you bushes. This new element of customization will allow you to enhance your island even more with different colours and shapes and to actively participate in missions related to nature day. It will also sell the three basic varieties of two types of flowers that you don’t have natively on your island. He can also buy your weeds at twice the usual price. Note that selling them allows you to complete the successful Nook Miles Challenge. 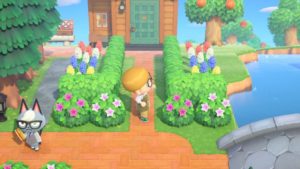 The available plants and shrub in the new Leif shop are:

After purchasing the bush starts, plant them in the ground like you would any other plant. Pull up your inventory and choose to plant the bush starts. It will then pop-up at the location you selected. You cannot walk through the bushes you plant, so make sure you think about where you want them. We’re not sure whether or not you can breed them yet, but it’s a good possibility.