Xbox is a gaming brand which is developed and owned by Microsoft and was launched in the year 2001. It has four generations of gaming consoles, Xbox X/S being the latest launch. Despite its popularity among users, it is enclosed with many errors and bugs. One of the errors in the latest Xbox X series is the ‘error code E203’. If you are wondering what this error is and how you could fix it, we have it all covered in this blog. 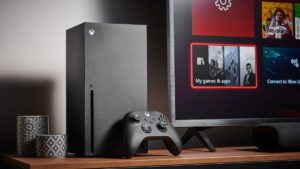 The Xbox Series X is a home video game console developed by Microsoft. It was released on November 10, 2020, as the fourth generation of the Xbox console family, succeeding the Xbox One family.

The console form of the Xbox Series X is designed to be unobtrusive and minimalistic. Only the main power button and an Ultra HD Blu-ray drive are visible from the front.

What is error code E203 in Xbox X series?

When you see a system error E203 (in some cases error E203 0000080F 80073CF6), it means that a software update did not install successfully. This might indicate that the updating process faced some issues and the update could not completely install itself on your Xbox X.

This is a minimal issue and users most frequently face it. Moreover, this error persists from the user’s end and very rarely from the server’s end.

How to fix error code E203 in Xbox X series?

We have mentioned a few steps which will help you fix the error at your end.

This will help restore the Xbox X to its factory settings.

These 2 methods should help you fix the error, if not, contact the local Xbox support.

How to fix dev error code 6456 on Modern Warfare ?