Xbox is a gaming brand owned by Microsoft. The band consists of five video game consoles, as well as applications (games), streaming services, an online service by the name of Xbox Live, and the development arm by the name of Xbox Game Studios. Though Xbox has become very famous among gamers of various genres, it has some errors and unexplained bugs. One such error in the Xbox X series is ‘error code E100’. If you are wondering what this error is and how you could fix it, we have it all covered in this blog. 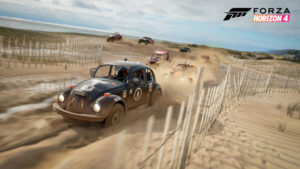 Xbox x comes under the fourth generation of the Xbox series. This series has Xbox x and Xbox s. it was launched on November 10, 2020. Both are considered members of the ninth generation of video game consoles alongside the PlayStation 5, which also released that month.

As mentioned earlier, Xbox is enclosed with several errors. When you try to update your Xbox x console, the screen shows an error ‘E100’ or ‘E100 xxxxxx’. This indicated that there was a problem with the update.

This error does not let the user reset the system or even the console. However, the user has 2 options of restart and turns off.

How to fix Error code E100 in Xbox x series?

Many users are facing this error and frustrates them as they cannot use the gaming device. Though the care centers of Xbox are supportive and responsive, even they have not officially released a patch for this error or explained its cause.

E100 appears to be a serious issue, however, some users are saying that they eventually got it fixed and were able to install updates successfully.

Below we have some methods which could help you fix the error in your Xbox x.

Method 1 Do a Power Cycle

Sometimes doing a simple power cycle could help fix the error. Some users have also reported that after doing a power cycle they were able to install the update successfully. To do the Power cycle follow the steps below.

Some users reported that disconnecting the Ethernet cable and rebooting Xbox x has solved their issue. You can surely give this a try to this one.

Target PS5 Buy : You can’t checkout because one or more of your items are currently unavailable at the selected store or delivery method error troubling users

Target PS5 Buy : You can’t checkout because one or more of your items are currently unavailable at the selected store or delivery method error troubling users