The NBA 2k21 is by far one of the best basketball simulation video games so far. It is based on National Basketball Association & had been developed by Visual Concepts and published by 2K Sports. Despite being such an advance and successful game, it has faced many bugs and glitches. One such bug is Error Code 726e613d. Wondering what is it and how to fix it? Then read this blog and follow the simple steps mentioned here to fix it. 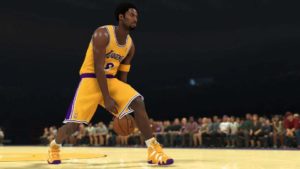 Creating more than 5 characters in 24 hours is one way to find this error; this limitation was set by the developers as a default to prevent device abuse and VC cultivation.

1. Wait for the code to disappear

Yes, you read it right. When you try to make more than five characters in 24 hours in NBA 2K21, the 726e613d error code appears. This is most likely a deliberate restriction designed to discourage people from using the device to farm VC. Waiting for the code to disappear, which can take anything from a few minutes to 24 hours, is the simplest way to fix this error. Other modes, such as MyGM or MyTeam, will remain accessible, but MyCareer will be unavailable until the error is resolved. Hopefully, you will be able to access your MyCareer again within 24 hours. If you’re still facing this error then follow the other step.

To remove your email address from the game, simply follow these simple steps: