Forza Horizon is a racing video game which is set in the locations of Great Britain, has been recently launched in 2018. Though this game is gaining popularity among gamers, it has certain bugs and unexplained errors. One of the errors in Forza Horizon 4 is ‘error code FH501’. If you are wondering what this error is and how you could fix it, we have it all covered in this blog. 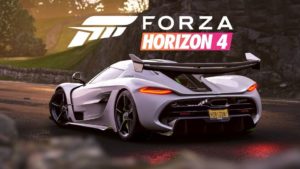 The game takes place in a synchronized shared world, compared to the AI-driven ‘drivatars’ from its predecessors, with each server supporting up to 72 players. The game is played on X-Box and PCs, the game is also playable in offline mode on these devices.

An enhanced version of the game was released on Xbox Series X/S on 10 November 2020. The game is set in a fictionalized representation of areas of Great Britain. It is the fourth Forza Horizon title and the eleventh installment in the Forza series.

What is the error code FH501 in Forza Horizon 4?

The Forza Horizon 4 error FH501 error means that the video card on your computer does not support DirectX 12.

Sometimes the PC is using, does not support the game either. The minimum requirement of the PC to play Forza Horizon 4 should be:

If you have the necessary requirement and still facing the error, there is a possibility that the error is not from your end, but the servers of the game.

How to fix error code FH501 in Forza Horizon 4?

Forza Horizon has not officially released the solution to this error or any patches for the same.

Though we have some methods which you could try and fix this error at your end.

Method 1- Update on the Graphic Card

Before anything, you should check for any updates on the graphic card you are using. Once updates, the game should run smoothly with the DX12.

Try to launch the Nvidia or AMD Catalyst control panel, and add the Game executable to the list of games that require the dedicated graphics chip.

These methods are likely to fix the error, if not you may raise a ticket on the supportive care of Forza Horizon.