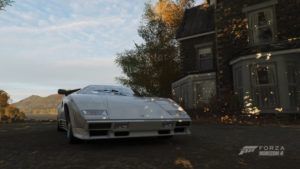 Forza Horizon 4 is a 2018 racing video game published by Microsoft Studios and produced by Playground Games. It was released on 2 October 2018 on Xbox One and Microsoft Windows. On November 10th, 2020, an improved version of the game was released for Xbox Series X/S. The game can also be played offline. In contrast to the AI-driven ‘drivatars’ of its predecessors, the game takes place in a synchronized shared environment, with each server supporting up to 72 players.

What is Error code FH202 in Forza Horzion 4?

You might have received the Error code FH202 saying “unsupported graphics card detected.” It basically means that your graphic card has less than 2Gb of VRAM. If you’re looking to fix this error, try the methods mentioned below.

How to fix Error code FH202 in Forza Horzion 4?

One way by which you can fix this error is by setting low settings from the Initial configuration panel.

As mentioned earlier, this error is caused due to your graphic card having less than 2GB of VRAM. So if the above method doesn’t work, then you have no choice but to upgrade your GPU.

How to fix dev error code 6347 on modern warfare ?

How to fix dev error code 6347 on modern warfare ?