How to fix Disney Plus (+) black screen error while starting the app on Samsung TV?

Disney+ is a very popular on-demand and ad-free streaming service. The streaming service has been created by The Walt Disney Company. Disney+ has various Disney movies and series that you can watch on different devices. The service has the facility of unlimited downloads so that you can watch your favorite content anytime and anywhere. Disney+ has content from Walt Disney Studios and Walt Disney Television’s biggest names like Disney, Pixar, Marvel, Star Wars, National Geographic, and 20th Century Fox.

Disney+ is the best choice for families with children who wish to spend their weekend or holidays by watching some good content at home. In case if you want to explore more of Disney+, you should definitely purchase a subscription to Disney+. If you purchase a subscription, you will get access to all the content starting from movies, TV series, and much more in one particular place. The subscription price of Disney+ is $6.99 per month and $69.99 per year. 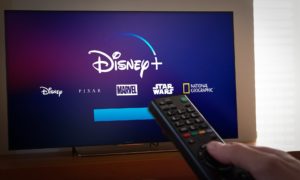 However, Samsung TV users have recently complained about an error related to Disney+. Users have reported a black screen issue while using Disney+. Users have complained that whenever they launch Disney+ on Samsung TV, the screen remains blank for some time and after a few minutes, it goes back to the home page. A user said that he brought a new Samsung TV. He also added that he has purchased the latest model of Disney+. Still, whenever he launches Disney+, all he gets to see is a black screen.

Another user said that he has been using Disney+ since the time when it was supported on Samsung TV. But now for most of the time, when he launches the app, he gets to see a black screen. In case if you are experiencing the same problem, there are a few things you can try to fix the issue by yourself –