Sony Entertainment recently launched the PlayStation 5 in November 2020. It is a home video gaming console that was released alongside the Xbox X series and S series which belong to the ninth generation of video gaming consoles. PS5 contains almost all games in backward compatibility since the date of launch. Although it has become famous, some games on PS5 are facing some errors in 2021. Call of Duty Modern Warfare and Warzone are facing an issue called ‘dev error 6036’. If you are facing this error too and want to fix it, we have some solutions for you in the blog! 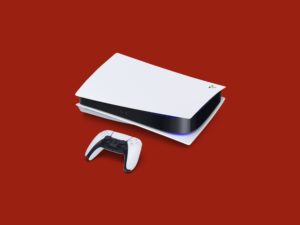 The PlayStation 5’s key hardware features include a solid-state drive optimized for high-speed data streaming, an AMD GPU capable of 4K resolution displays at up to 120 frames per second, hardware-accelerated ray tracing for realistic lighting and reflections, and the Tempest Engine, which enables hardware-accelerated 3D audio effects.

The console was released in two versions: one with an Ultra HD Blu-ray compatible optical disc drive for retail game support as well as online distribution through the PlayStation Store, and another without the disc drive but with digital download support.

After its recent update in January 2021, some games have started to face issues in PS5. Dev error 6036 in Call of Duty: Modern Warfare and Warzone is an issue that results in in-game crashes.

Unfortunately, this error message does not describe the nature of the problem. There is no official information regarding this particular error as to why it occurs.

Patch update for dev error 6036 is not yet released by the developers and even the cause of this error is not clear. The game crashes entirely and this error code shows up, leaving the players frustrated.

Here are some methods which could help you fix the error on your PS5.

You need to delete the files in the directory, but not the sub-folders. This forces the game to update itself and download the missing data.

For some users, tweaking a couple of settings particularly the Cache Spot and Cache Sun Shadows worked in fixing Dev Error 6036.

These methods should work for you.

Fix GTA Online There has been an error joining a session in 2021?