Crunchyroll is a company focused on streaming of anime. It was founded by a group of Berkley grads in 2008 as a website for streaming Asian video content. Now, the company provides content to more than 70 million users. It’s competitor, Funimation which is a subsidiary of Sony announced in December 2020 that it will acquire Crunchyroll for $1.175B USD. 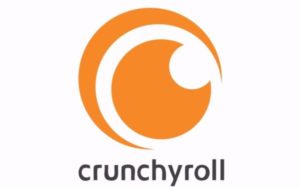 Crunchyroll has hundreds of hours of content available to watch. It offers more than 1000 anime shows, over 200 Asian dramas and 80 manga titles. Although, all of the content is not available worldwide due to licensing issues. Crunchyroll is introducing more content for its users under its ‘Originals’ label. These shows and anime will be co-produced or directly produced by the company itself. Tower of God and In/Spectre are two of the many shows released under Crunchyroll’s Original label

Coming to the topic, while using the service, users sometimes face error code 502. The Error Code 502 simply signfies that the proxy server is unable to get a valid response from the origin server. This could be due to reasons like an intrusive browser or server issues.

Follow the steps below to solve Error Code 502 issue on Crunchyroll:-

1. This problem can be solved just by changing your broswer. Opera is one of the best options while choosing a new browser. It is based on Chromium so you won’t have any issues in the extensions department as all of Google Chrome’s extension work with Opera. In addition to this, it comes with an inbuilt free VPN. Opera Browser is available for Windows, macOS, iOS and Android.

We already know that Crunchyroll does not respond well when a VPN service is used to stream. So try to turn off your VPN if enabled and check whether the issue gets resolved or not.

3. Make sure that the Crunchyroll app is updated and running on the latest version.

4. All this issue can be just due to server issues from Crunchyroll’s side. So wait a little longer if the steps above do not work for you.

5. If anyone you know is able to use the service and only you are getting an error code 502 message, this is probably not a server outage.Try the steps above and if all do not work, contact the company’s help center for further help..