Animal Crossing: New Horizons is a 2020 life simulation video game developed and published by Nintendo for the Nintendo Switch. It is the fifth main series title in the Animal Crossing series. New Horizons was released in all regions on March 20, 2020.

Angelfish is one of the fishes which arrives in the Northern Hemisphere of Animal Crossing: New Horizons in May. If you have decided to catch it, you need to know the location, time, and other details, which will help you to catch Angelfish. 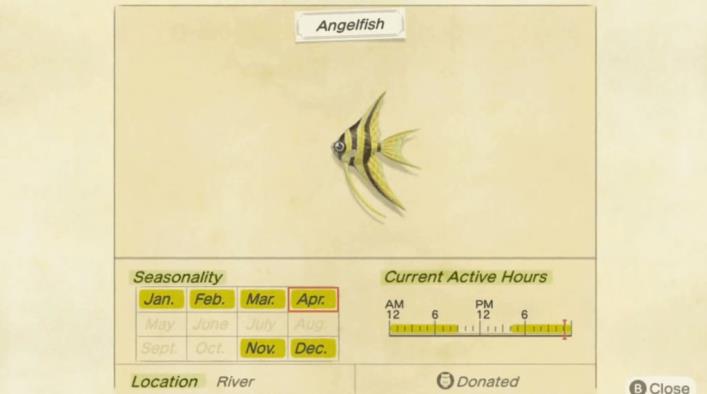 How to Catch Angelfish in Animal Crossing New Horizons

The Angelfish arrives in the month of May in the Northern Hemisphere of Animal Crossing: New Horizons and will be available till October. Whereas, in the Southern Hemisphere it can be spotted swimming from November to April.

Angelfish will be easy to catch, you can spot it swimming in rivers between 4 PM to 9 AM. And the selling price of Angelfish is 3,000 Bells, which may not be a large amount, but still a decent one.

Angelfish is one of the common fishes which will be available during the evening hours in Animal Crossing: New Horizons. We recommend you to check for the small shadows and wait till you catch the desired fish.

Well, catching Angelfish would be really helpful if you are looking forward to farm bells. As catching Angelfish won’t be hard, and you will be getting 3000 bells for it. You should go for a bait-fishing if you want to specifically catch this one for your Critterpedia.

USPS website down & tracking not working for many users