Honor is a sub-brand owned by Chinese OEM Huawei. Honor provides a lot of amazing devices to users with amazing features that are at par with its fellow competitor devices of the same price point. They offer an extreme amount of value for money. Honor designs some of the beautiful specs filled devices available out there in the smartphone market today. Honor offers a lot of flagships and especially some mid-range flagships as well such as the Honor 20, 20 Pro and View 20. These are some of the best devices offered by Honor. The View 20 was launched back in December 2018 while the Honor 20 and the 20 Pro were launched in June 2019 and July 2019 respectively.

All three devices showcase real beauty and stand out from the crowd when it comes to design aesthetics and performance. They come with the high-speed HiSilicon Kirin 980 processor and a lot of RAM making them some kind of performance monsters. These beasts never let users down in terms of performance and come with tons of other features packed in them. These devices also come with pretty huge batteries and support for Fast Charging. All three of them came with Magic UI 2 based on Android 9 Pie out of the box.

Now coming to the main talk, Honor is delivering updates to many of its devices these days. The Honor 20, 20 Pro and the View 20 were the much-awaited among all in the list and these devices just got lucky. Well, it seems like the devices have just got one major Update. The devices run on Android 9 with Magic UI 2.1 on top. But Honor has yet more amazing things to provide. Here are the details about the latest Magic UI update:

The Honor 20, 20 Pro and the View 20 are receiving the latest Magic UI 3 update. The update brings with it the much-awaited Android 10, a huge list of changelog including a lot of feature improvements and tons of new features as well. The latest update has brought several bug fixes and improves the system stability as well. The update made the experience buttery smooth and also brought some cool features along with a refreshed looking user interface that really looks minimal, elegant and beautiful all at the same time. Some new features like Game booster and added security features along with bug fixes like connectivity issues and all come along with this update. Users are receiving the OTA update globally. Have a look at the changelog below: 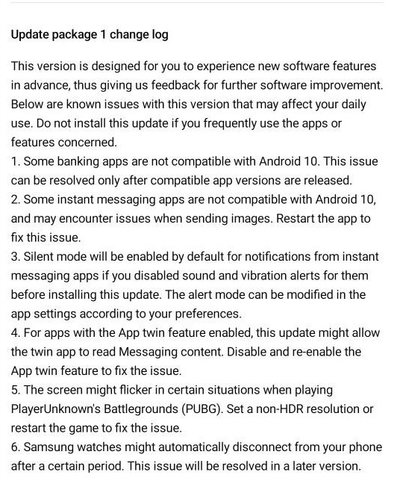 Stay tuned for further developments on the Magic UI 3 update for these Honor devices. Also, share this article with all those people who had been waiting for this Magic UI Update.