GTA is one of the most popular titles of Rockstar Games. The series was created by David Jones & Mike Dailly. The first GTA game was launched on October 21, 1997, & it comes under the action-adventure genre.

The last game under the series, Grand Theft Auto V was released on September 17, 2013. Players & GTA fans are waiting for the next edition of GTA for a very long time. A lot of leaks have been floating around regarding the GTA VI game from the past few months & many publications predicted the release of GTA VI in 2020.

Well, the website which earlier leaked the Need for Speed title seems to have leaked GTA VI title too. As the Austrian gaming retailer website, Gameware, has added a listing for the GTA VI game. You can check the listing details down below. 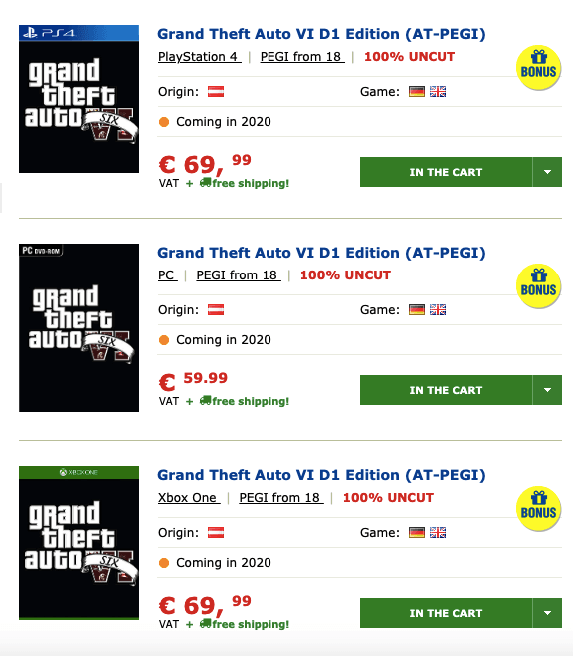 Gameware has listed GTA VI D1 edition for all the platforms including Xbox One, PS4 & PC. However, no release date has been specified for the game. But we should only take this leak with the pinch of salt until any official news arrives from Rockstar Games