Grand Theft Auto Online is a Rockstar North-developed and Rockstar Games-published online multiplayer action-adventure game. Grand Theft Auto Online, set in the fictional state of San Andreas, allows up to 30 players to explore the game’s open-world environment and compete in cooperative or competitive game matches. The developers are back with yet another seasonal update, the Summer DLC 2021 update. Many new aspects are added to the game. If you want to find out the details, we have revealed them all in this blog! 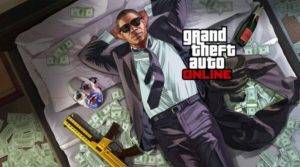 Players can freely roam San Andreas, which includes open countryside and the fictional city of Los Santos, thanks to the open-world design (based on Los Angeles). Players take control of a silent protagonist on a quest to become a well-known criminal, forming their own gang as they complete increasingly difficult tasks.

Grand Theft Auto Online features cooperative missions in which multiple players work together to complete tasks that advance the story. The game also includes a variety of side missions and events, such as the more advanced “Heists.”

It also has a variety of businesses that players can buy with in-game money to generate income.

As recently announced, GTA Online will receive a slew of new updates as part of the annual summer event. This year’s summer update appears to be following suit, with a new type of mission and a focus on street racing and car culture.

Confirmed features of this update:

This summer, Rockstar has teased the arrival of a “precisely modified getaway vehicle” in Grand Theft Auto Online. It will serve as the player’s “best weapon.”

This is exciting news because there are only a few things that can excite players as much as a new vehicle can.

Oh and of course, because it will be heavily modified, it will almost certainly have a few neat tricks up its sleeve and will have the potential to become a fan favorite.

New “multi-part robbery missions” have been teased by Rockstar, which sounds very different from Heists. However, the new getaway vehicle will most likely be the focal point of these new GTA Online missions.

Eight new Stunt Races are right around the corner, coming to the GTA Online Stunt Series on May 27th. These new tracks will introduce an array of white-knuckle thrills for stunt racers in an assortment of vehicle classes.

Car Meets have become a worldwide phenomenon in GTA Online communities, with players showcasing and flexing their best vehicles. Now, with Rockstar’s help, players can do the same in an official capacity, implying new functionality and features.

Given the large number of tuner heads and car enthusiasts in GTA Online, this will undoubtedly be a big hit with the fans. Furthermore, there will be a new hotlist for vehicles that need to be stolen. This can turn into a real money maker for them in the future.

CSGO: How to Cap & Uncap your Framerate?