Genshin Impact is the most tweeted game until June 2021

Genshin Impact becomes the most tweeted game until June 2021. Read the full article to know more about this news. Developed and published by miHoYo, Genshin Impact is an action role-playing game. In the magic- world of Tevyat, you are free to choose a character and participate in an action-based battle system. The recently released game has become the most tweeted game until June 2021.

The game that was released in September last year has managed its way on Twitter to become the most popular game to be tweeted about. This is a strange scenario that will be seen very less times that a game receives so many tweets about it in just a few months.

Various things had made this game one of the top-grossing games in 2021. Firstly, this game has vast things to explore. The more things players explore in the game, the more they share them on social media. Secondly, the game is also available on mobile devices. The game has received over 10 million downloads on Android devices, which has also contributed to the game’s high grossing. Also, the game has been successfully able to launch new goodies and features for the players regularly. Regular updates in the game help the players to keep engaged in the game that directly leads to an increase in the game’s activeness on Twitter.

To sum up, the game’s activeness on social media was possible due to the amazing events and features of the game.

You can look at the full list from the snippet below. 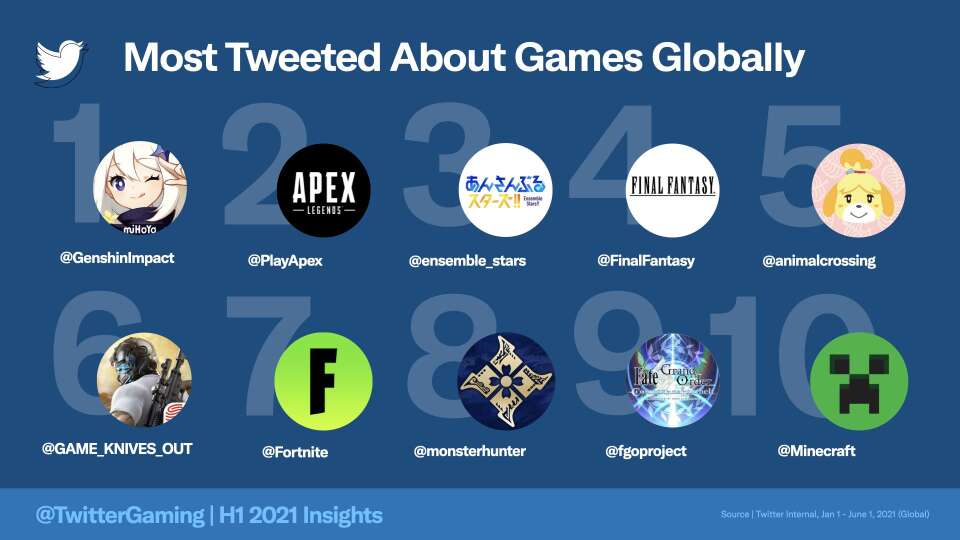 For the latest gaming news and article, head to our official website.