The banners of the action-packed role-playing game, Genshin Impact have been leaked on Twitter. The Genshin Impact 1.6 update has some amazing new characters in it. Read our blog to find more about this update. 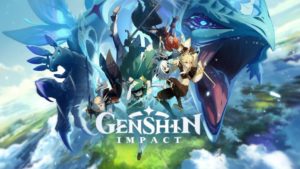 This action role-playing game has an open world environment and action-based battle system which uses elemental magic and amazing character-switching. The players can obtain new weapons, characters, and other resources through the Gacha game monetization. The online multiplayer mode allows up to only four players to play alongside each other. This game was released for PC, PlayStation 4, ioS, and Andriod back in September 2020. In addition, Genshit Impact is planning to release this game for Switch and the PlayStation 5 soon.

This game dives into the fantasy world of Teyvat, where seven distinct nations reside. Each of these distant nations is tied to an element and is ruled by a god associated with it. The plot of this game revolves around a twin who is referred to as the Traveler. The Traveler has been traveling to many worlds with his twin but was separated by an unknown god in Teyvat. Later on, the Traveler travels across Teyvat in search of his lost sibling with his companion Paimon and becomes involved in various affairs with other gods, nations, and the world.

Interestingly, the game collected over $874 million within five months of its release. It received a positive response and was highly praised for its combat and open-world freedom. 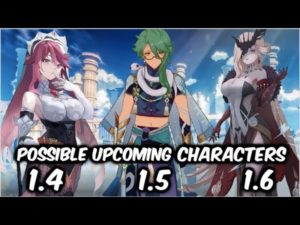 In a recently held live stream, the publisher of this game, MiHoYo announced its character event wishes. A new story quest type was also announced by them which resembles a dating sim. Moreover, there absolutely no mention about the Ayaka banner despite rumors flooding on Twitter about the banner release date.

The rumored Genshim Impact update 1.6 will have the Ayaka banner. The reason why she is rumored to come out in the upcoming update is that Inazuma is expected to be unlocked.

The rumor about the Ayaka banner to be released for the 1.4 updates was buried back in February this year. But leaks suggests that the first banner will be Venti and the second will be Tartaglia. Also, Rosaria is set to be the only new playable character.

Although there is no official statement by the developers about these characters, the fans are out there making speculations about it. Recently they have been very accurate about the release of Hu Tao, Rosaria, The Venti return, and Xiao.

Looking at the recent pattern of releases, update 1.6 of Genshin Impact featuring the Ayaka banner would be released in June or July somewhere this year.