Frontier Outage : Broadband Internet down & digital services not working for many users 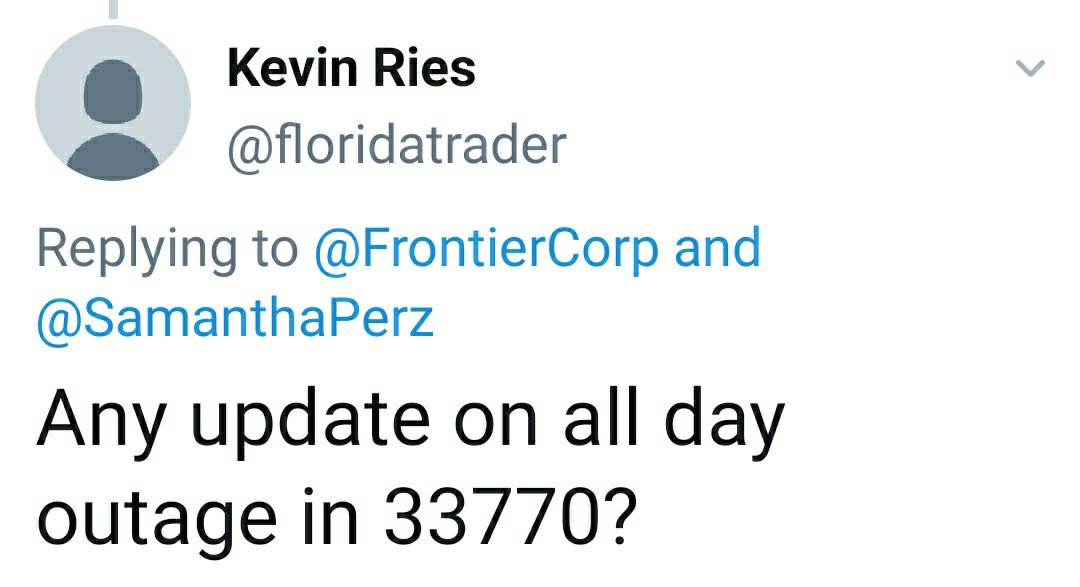 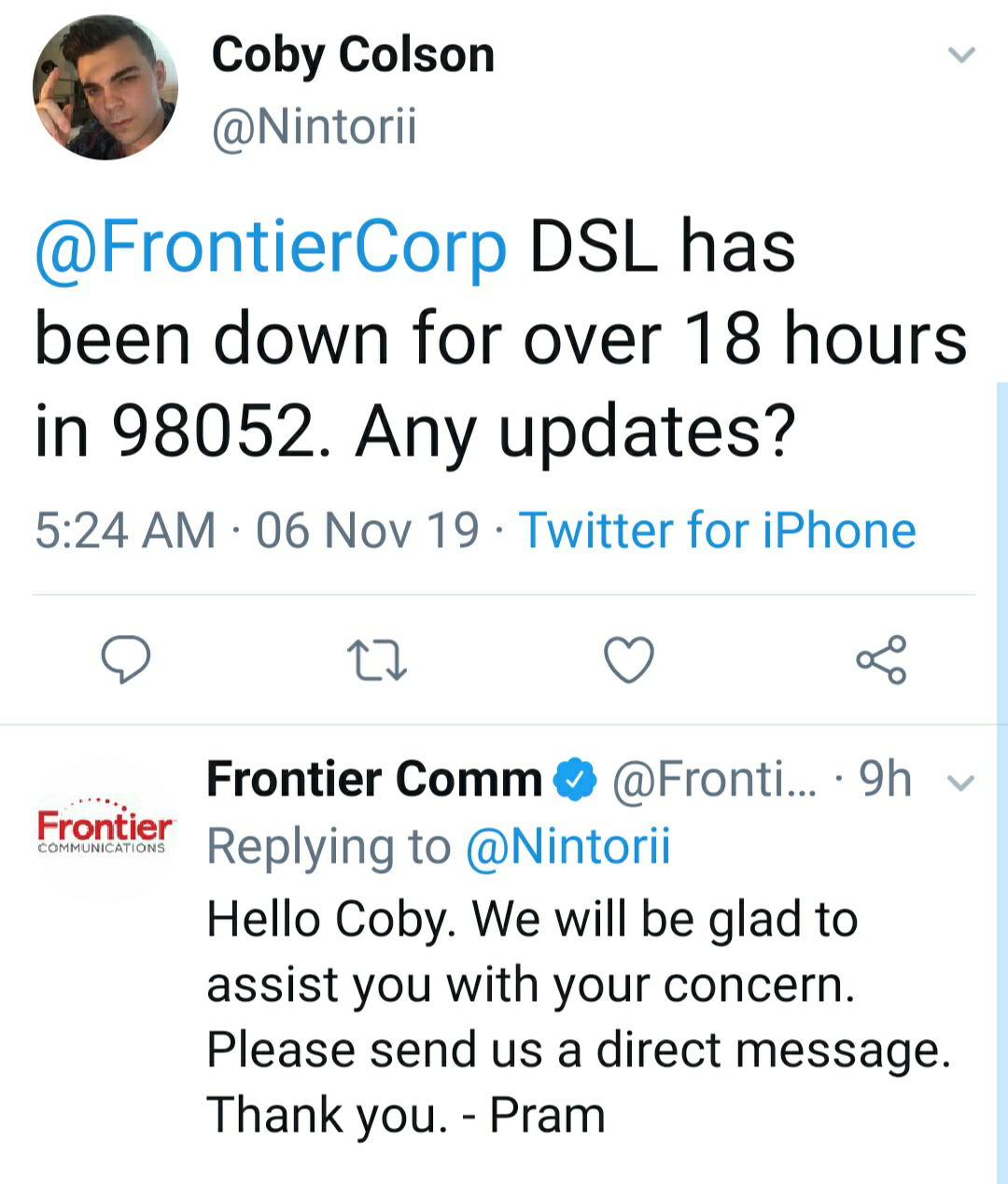 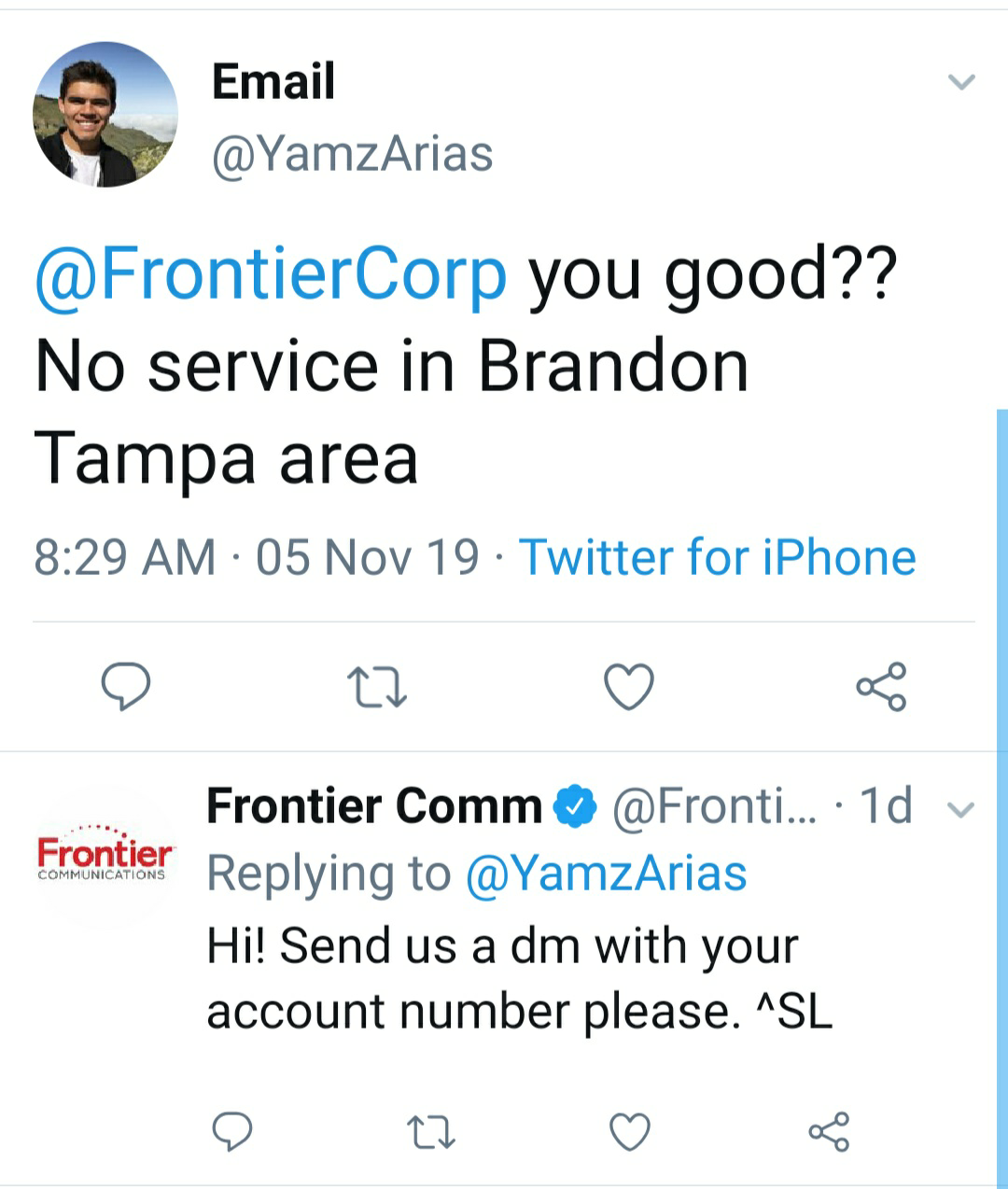 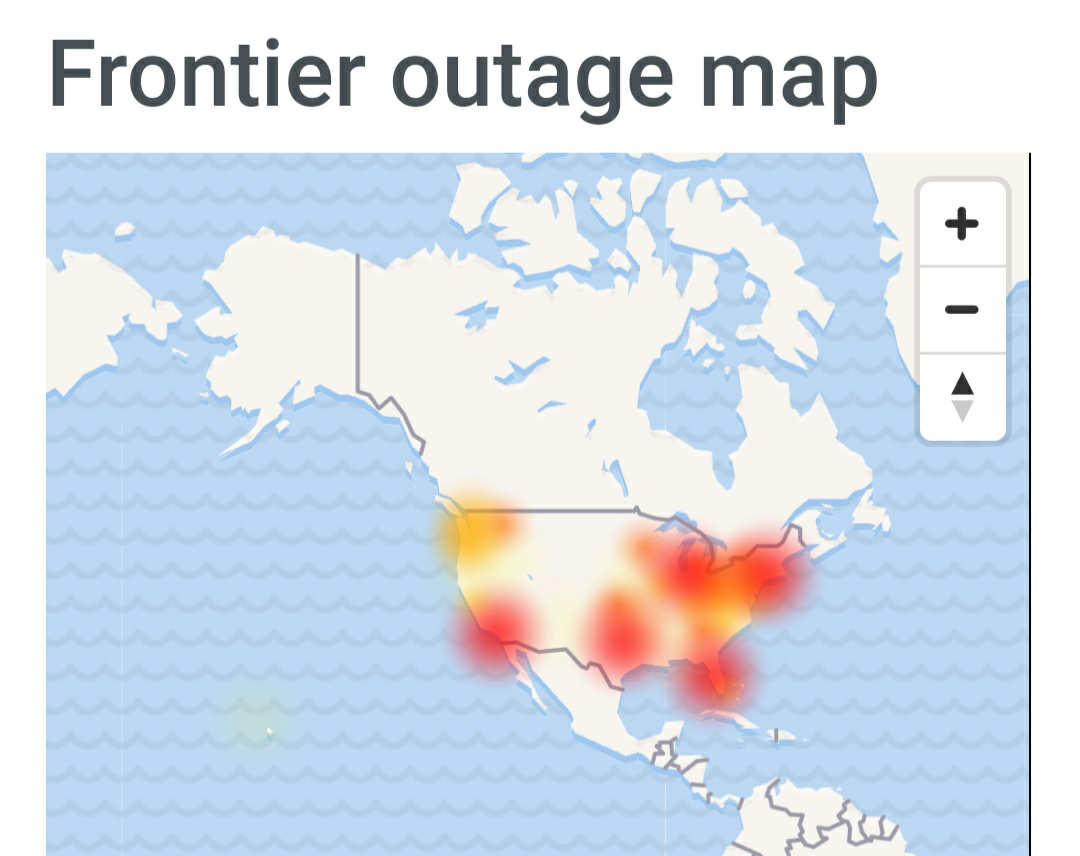 So far, there is no official response from Frontier officials regarding the current outage. However, they are answering to individual complaints as shown in screenshots above. We certainly hope, their team is looking to resolve the issues at the earliest.

Facebook down again – Newsfeed & Pages not working for many users