Week 7 update for FnF is finally going to be released this month. With new characters and tracks, the newest update is going to be a blast. However, some might be wondering what will week 8 be bringing to the table. Here’s everything you need to know.

The 2020 released title is a rhythm game developed by ninja_muffin99. The game features the story of a boy who desperately wants to impress his girl but faces obstacles before him. He has to fight anyone who stands in his way in a battle of music and has to defeat them. From fighting the girlfriend’s Daddy Dearest to fighting some crazy Spirit, every level in the game is unique and features different tracks. Fortunately, FnF has some really cool tracks in-game to battle on which makes the experience even better. 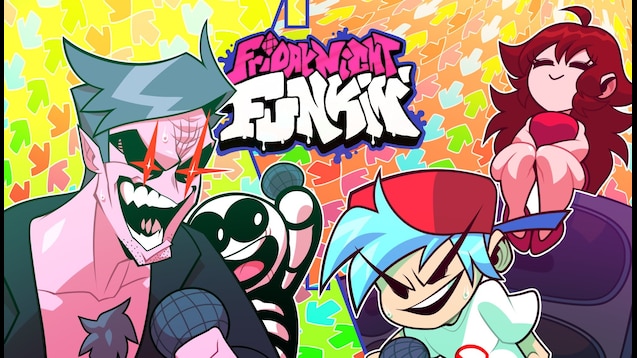 The Week 7 update for FnF is going to be released in March and FnF fans are already going haywire. This update will be featuring a confirmed track- Ugh and rumors have it that the new week 7 antagonist is going to be a grey-furred anthropomorphic rat, Ritz. Already packed with a handful of content, Week 7 is ready to be embraced by all the FnF fans out there.

Well, there isn’t much to talk about Week 8 update because there isn’t any confirmed update. What we do know is that Week 8 will also be featuring the same pattern of releasing new characters and tracks to FnF and we are convinced that the FnF dev team won’t be letting down its player base.

Well, if we follow the schedule for the previous releases, each update hits the game after a month or so. Well, that means if Week 7 is released this month, then Week 8 will be up for release towards the end of April or maybe at the start of May.

If we find additional information on the Week 8 update of FnF, we will update you with it. Happy Funkin!

Friday night funkin Scratch : What is it ?