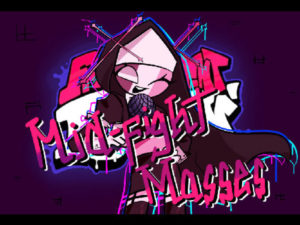 The developers of this mod tried to make this mod really interesting. They featured a Nun who rap battles. The Nun seems kind, outgoing, and quite friendly. She wants nothing more but makes you feel comfortable at home. She will love you treat you well if you promise to take part in the Midnight Mass. You might want to go to the loo but this Nun won’t let you go out that easily. She will try to do everything to keep you here, in the rap battle.

This mod has a really charming character called “Nun” who will force you to go to the church. The mod has a well-designed background for each song which reflects the mod. A week in this mod contains 3 +1 funky tracks with a steady beat but also having a lot of crazy raps. It also has complete cutscenes for each song with custom animations. The game offers a customized dialogue system and replayable cutscenes which you can find in the Pause menu during the Story mode.

Moreover, there is also a Freeplay menu that bops to the music that’s playing and crossfades when you’ll be performing your amazing rapping. If you’re tired of the easy songs and want a difficult song that you can also select a new difficulty titled ALT Mode. The extra song in the mod which is the remix of the tutorial is accessible in the Story Mode tutorial week. A new health buff has also been added by the Devs so that you lose less health on the songs for Week.

Future updates for the mod

You might see some slight changes on the charts to make it a little easier. A miss count system might also be added but won’t be the exact copy of Kade Engine. Also, you might find some changes in the Input system in the future. The Cross fades lags would also be fixed in the next updates.