In recent days players on friday night funkin are facing a glitch or bug which is causing black screen or crashing the game, Here's a complete report.

Hello, Gamers, So recently players in Friday Night Funkin are experiencing a very nasty glitch or bug whatever you say and it is not a case with few but as days go by more and more players are reporting the same issue, some players have found a temporary solution, Let’s discuss this problem. 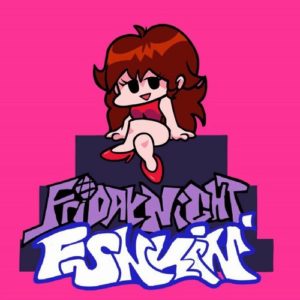 So for anyone who is not familiar with the game Firdya night, Funkin is a

Friday Night Funkin’ is a Flash rhythm game originally created for Ludum Dare 47. Programmed by Ninjamuffin99 with a soundtrack by Kawai Sprite and artwork by PhantomArcade and evilsk8r.

The plot of the game centers around our protagonist, Boyfriend, trying to hook up with Girlfriend, but her ex-rockstar father Daddy Dearest doesn’t approve of him. It’s up to Boyfriend to rap battle his way through him and anyone else that stands in his path so that he can finally kiss his Girlfriend. Very absurd but yet interesting storyline.

So basically the glitch is that whenever you try to login or play the game you either end up on a plain black screen with absolutely no visuals but you will hear the game sound just like normal or in some cases the game stops working and just crashes. Several players are discussing many other evolved forms of glitch on forum but all ends up being a blank black screen( WOW that rhymed).

So many people in the community are giving their opinions on the solution and precaution to this Bug here are some of the most relevant ones.

We hope this glitch is fixed soon and we can enjoy the beats again.

Friday Night Funkin Lemon Demon song lyrics & how to get it in 2021?