Forza Horizon 5 is an upcoming follow-up to the critically acclaimed Forza Horizon 4. The racing game is developed by Playground Games and will be published by Xbox Game Studios. Forza Horizon 4 released for Windows and Xbox consoles in 2018.  The follow-up is slated for release on 5 November, 2021. It is the fifth Forza Horizon title and twelfth main instalment in the Forza series. The game is set in a fictionalized representation of Mexico

The Forza series are known for their authentic race simulation. The graphics and driving mechanics are highly regarded. The lush environment, intricate driving physics and lifelike damage simulation are a standout.

The developers have updated anticipated players on their community page. They have provided some details on features, changes and improvements that are coming. One of the biggest changes coming to Forza Horizon 5 is the change of location. The follow-up is set in Mexico. 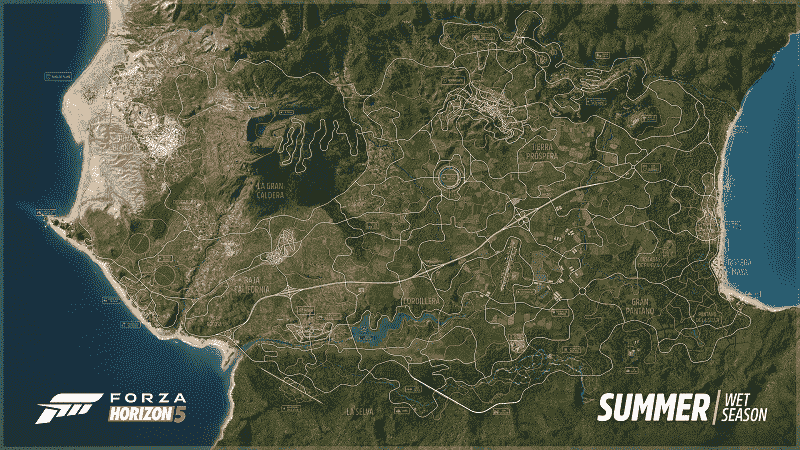 Next-Gen graphics and technical enhancements are coming with Forza Horizon 5. New features and more cars are already confirmed as well. An unique feature that makes Forza such a fan favorite are the seasons system. The highly detailed and exquisitely rendered weather system is a visual feast.

There is a difference from the previous entry. The four seasons are Spring, Summer, Autumn and Winter but each season is suffixed with a line that explains what it is in that country. The changes are made to replicate the seasonality in Mexico.

The four seasons for Forza Horizon 5 are –