Whenever we think of a splendid racing game filled with exotic cars moving around in the heaven-like world, only one name comes in mind which is Forza Horizon. The Horizon series has been ruling the racing genre since day one of the debut game, and credit goes to playground studios who have been making series bigger day-by-day in association with Turn 10 studios.

The era of the Forza Horizon series began with the release of Forza Horizon 2012, and it took every racing game fan by surprise with breathtaking racings in the beautiful Horizon Festival.

If we look at the latest installment in the series, it was Forza Horizon 4. It’s been two years since the game was released, and now the patience level of fans has reached an alarming rate. They are continuously asking when will Forza Horizon 5 will be out.

We don’t know the exact details, but here is everything we know about the new title.

The next question that comes after the release date is the location of the game. Everyone is curious about what could be the new location, as every title in the series had a new setting for the Horizon Festival.

Forza Horizon 5 Setting
If we look at the four Forza Horizon Titles, they took place in Colorado, Southern France, Northern Italy, Australia, and the UK. They covered almost major regions of the globe except Asia, which is said to be the next location of the new Forza Horizon title. Over the Reddit, some people are predicting that the next location will be Tokyo, Japan. One user had shared a concept map for the game. Check it out below: 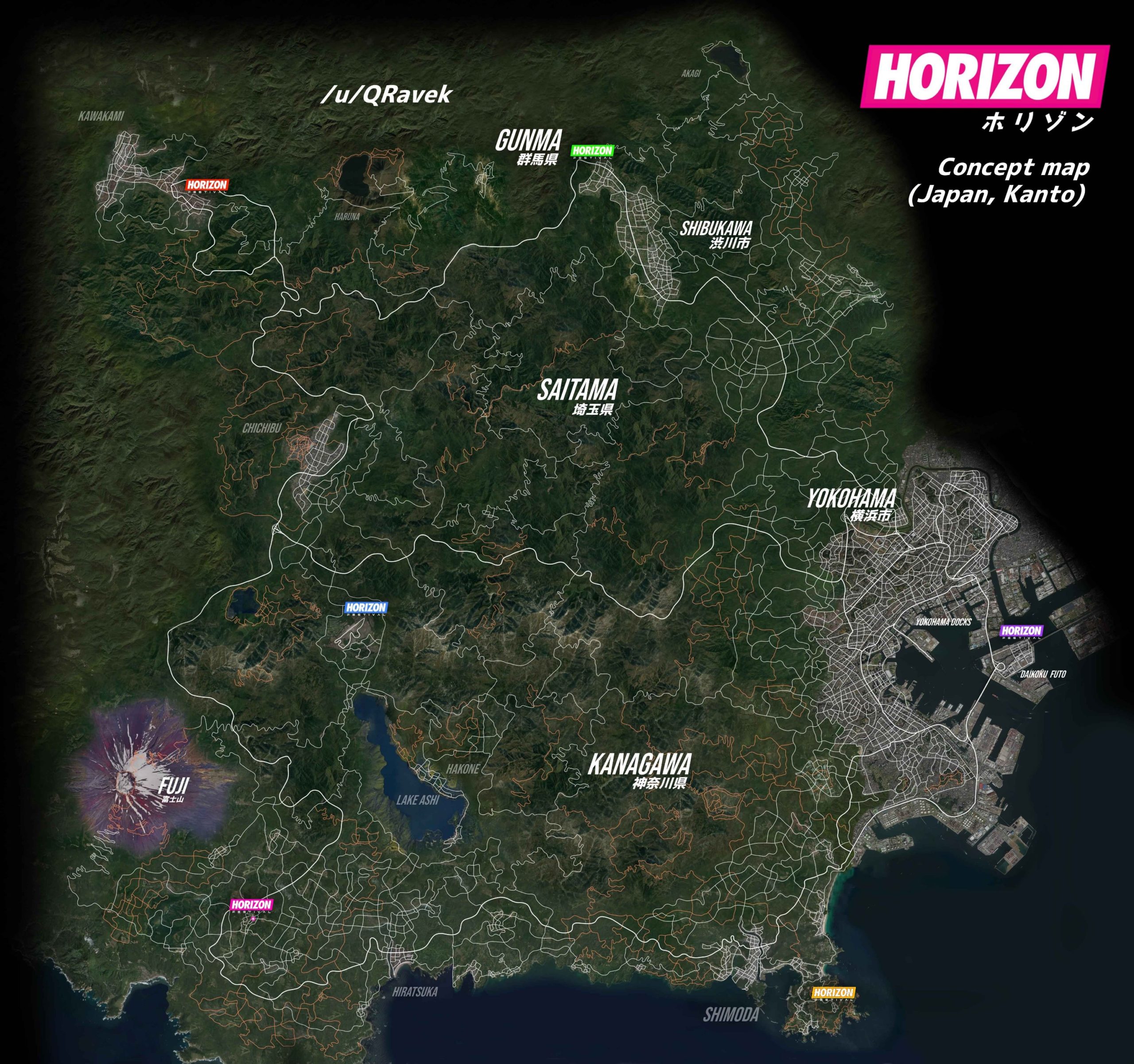 Another user had shared concept arts over the Reddit, which are said to be leaked from the verified partner of Microsoft studios.

Concept art for the next Forza Horizon? from forza

This is concept art from a Verified partner for Microsoft Studios and as you can see from the FM logo, this artwork is 100% for Forza Horizon. It looks as if this is art for a Horizon based in Hong Kong, not Japan.

It also lines up with what an insider over at ResetEra was told (Klobrille). He was the initial person who thought FH4 would be in Japan (he has limited Xbox API access, he was the guy that leaked most of Xbox E3 2016 including FH3), but then he said someone from LinkedIN told him “It’s more varied than Japan”. Hong Kong fits that bill IMO.

However, concept art for FH2 was found before release and it looked like it was from Louisiana, which promptly led people to believe FH2 was set in the deep south (USA). Of course this was not the case, FH2 was set in Europe.

So it’s still unclear where the next Horizon is set, but this is definitely concept art for a FH game, whether it actually was acted upon and turned into FH4, we shall find out at E3.” leaker commented.

Whatever the location is, one thing is common in all leaks and discussions that Asia is the most preferred choice for the Forza Horizon 5.

For the time being, nothing is confirmed as Turn 10 Studios, or Microsoft has yet to reveal official information about the game. Till then, take the leaks and predictions as a grain of salt, and if something confirmed hits the internet, we will update you soon.