Fortnite new season has gone live and it has brought a lot of new features to the game. Fortnite Chapter 2 Season 2 has also brought an all new Battle Pass to the game along with new skins and locations – Oil Rig, Shark Island, Yacht Club.

The most striking feature of the new season is the inclusion of the Deadpool skin for the game. Apart from these, many new weapons have also been added to the game which includes the following

Coming to the topic, with the new patch update many players are currently experiencing lags and freezes. They are not been able to play the game smoothly.

Well, Epic Games has officially addressed this issue and released an official statement regarding the same. You can check the statement down below.

We are investigating server performance issues causing freezes for some players.

We will provide a status update once these are resolved. 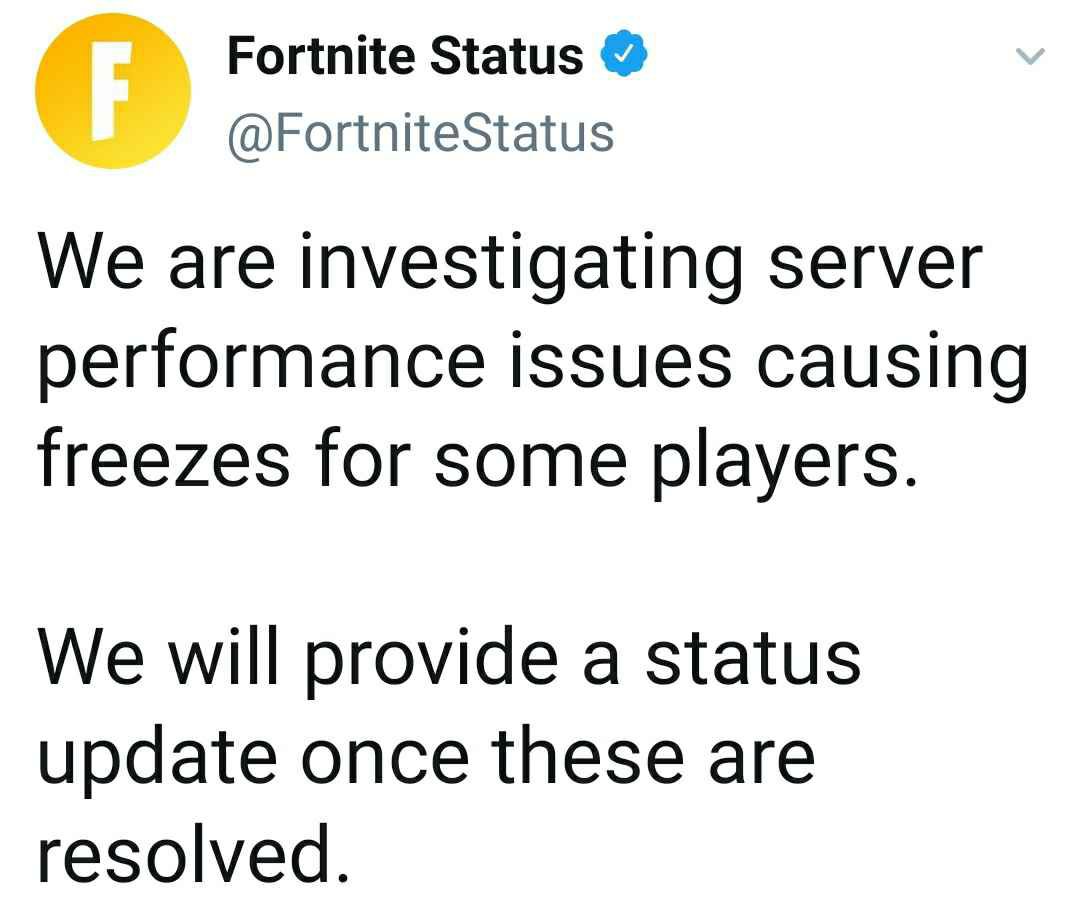 Let us know below in the comments if you are also encountering issues with the game.