Fitbit Charge 4 Notifications not working : Here’s how to to fix it

The touchsreen controls are good and the haptic button at the side will wake the screen, take you to home and resume and pause workouts. You can add any sport of your choice starting from HIIT, circuit tracking, spinning, weighs and also golf by opening Fitbit app and choosing Exercise Shortcuts. Fitbit Charge 4 has been loaded with features that can help you to know your workouts and body which includes built-in GPS, Active Zone Minutes, new exercise modes and sleep tracking and 7 days of battery life. The fitness band is 50M water resistant. 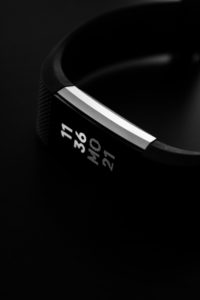 Despite being packed with the best and advanced features, users have faced various types of problem with Fitbit Charge 4. A major problem among them is related to the notifications. A user said that he purchased the fitness band and used it for a few months and suddenly he is not able to get any notifications of any calls, messages and reminders. Another user said that her Fitbit Charge 4 has stopped giving reminders to her. She said that the notifications are turned on and still she is unable to receive them. Some users have complained that the notifications are not functional from the day itself when they purchased the fitness band. Overall, if we see the issues, it can be said that users have turned on their notifications but still they are not able to receive them. Well, if your Fitbit Charge 4 is having same type of problem, you can follow these steps to fix the problem by yourself –

Fitbit Charge 3 Notifications not working : Here’s how to fix it