FIFA 20 TOTY ( Team of the year) revealed on Twitter

FIFA 20 is a football simulation video game published by EA games. It is the twenty-seventh instalment in FIFA series The game features VOLTA Football for the first time which fuses street style to the traditional gameplay. eFooball PES 2020 is the biggest rival of the game which keeps developers busy to bring out the best from the game.

Today, on the FIFA official Twitter handle, Team of the Year has been revealed which includes Messi. TOTY Attackers will be available in-game from 6pm UK time. You can check the complete FIFA TOTY down below. 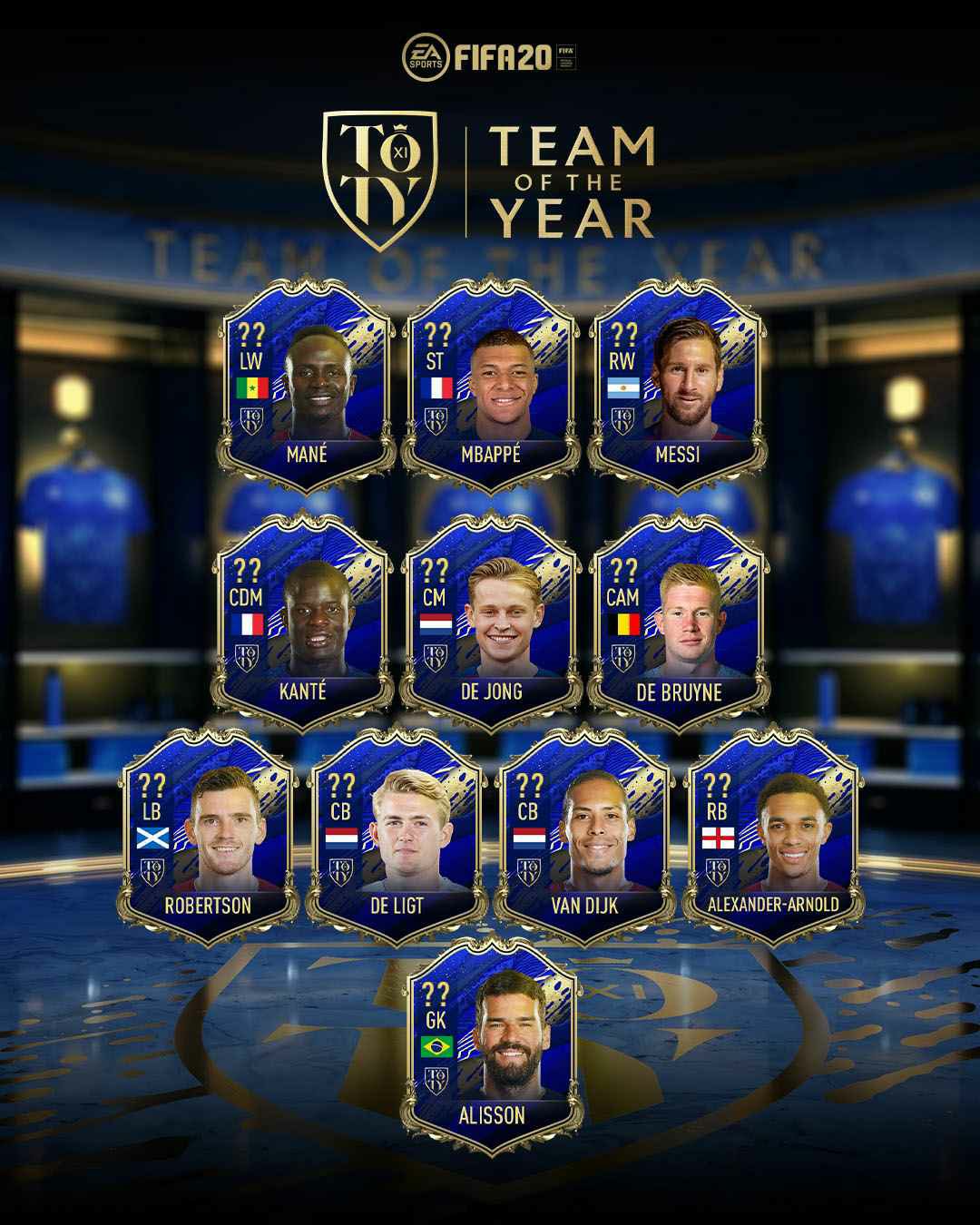 FIFA 20 was released on September 27, 2019 for PC, PS4, Xbox One and Nintendo Switch. It is released by EA Vancouver and Romania and published by EA Sports. For more news, updates and leaks regarding FIFA 20 stay tuned with us.