by Vivek
in Gaming

ABOUT FIFA 20: FIFA 20 is a football simulation video game published by Electronic Arts as part of the FIFA series. It is the 27th installment in the FIFA series and was released on 27 September 2019 for Microsoft Windows, PlayStation 4, Xbox One, and Nintendo Switch.

EA Sports have officially revealed the squad for the FIFA 20 TOTW. The infographic given below mentions the ultimate team. 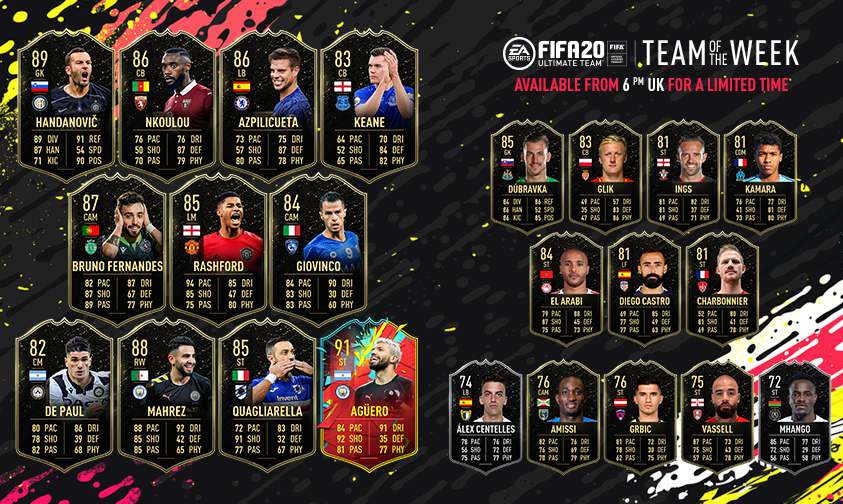 FIFA Team of the Week cards comes in low supply and generally worth the most coins. So, if you have any kind of packs for these TOTW players, open them right after the availability of squad in Ultimate Team.

The latest FUT Team of the Week will be available in Ultimate Team from January 15 at 6 pm UK time.

FIFA 20 was released on September 27, 2019, for PC, PS4, Xbox One, and Nintendo Switch. It is developed by EA Vancouver and Romania and published by EA Sports. For more news, updates, and leaks regarding FIFA 20, stay tuned with us.