by Jahan Patel
in Gaming, News
0

Escape from Tarkov recent patch 0.12.4 did reset the strength and endurance of all players but further problems arose like the perpetual stutter in the gameplay that has annoyed the player for a long time has with this update made the game almost unplayable. A lot of players complained on the subreddit about the stutters and lag issues with this patch on a post made by Redditor StaticOG which showed a video proof of the issue.

After the developers encountered a variety of issues with the patch, they soon by today rolled out another update to fix the issues. Patch 0.12.4.6440 is available to download through the game launcher. The patch notes for 0.12.4.6440 are:

Strength and Endurance skills of those players who were able to level it up to high levels or max level have been reset.

Another Issue Crops Up :

With the onset of the new patch, the subreddit saw another problem with a hideout being reported. The place where you keep your items, money and everything you own is inaccessible, then it makes for a frustrating experience. Redditor vsemohouci reported that he cannot take anything from his stash, posting a photo on the subreddit. Battlestate support saw the post and was efficient with their reply.

BSG_Alexey Battlestate support says “This is not intended, we will fix it, so it will be as it was as soon as possible.
We aim for today, thanks.”

The Battlestate games also alleviated the player’s anger with a twitter post saying they have fixed the issue with a technical update.

We've installed a technical update of the client with a fix for the issue with sounds of sidestep and inability to use items from containers in crafting. Everyone needs to download the update through the launcher#EscapefromTarkov 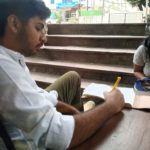