The Epic Games Store, a digital video game storefront for Microsoft Windows and macOS, which is operated by Epic Games is currently experiencing technical issues and players have not been able to make purchases.

Speaking of Epic Games store , it was launched in December 2018 as both a website and a standalone launcher, the latter is required to download and play games.

We’re investigating an issue where players are unable to make purchases. We’ll provide an update when we’ve resolved this issue. 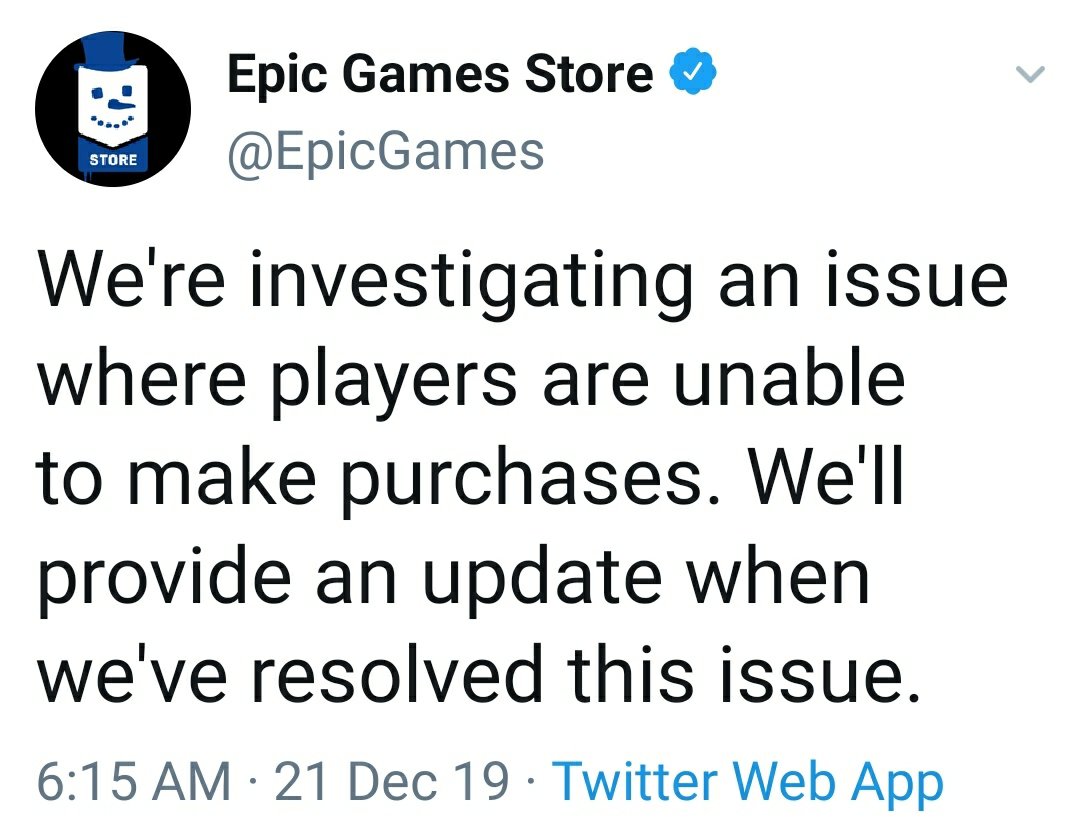 Bluebird website down, app not working : Users are having login issues with Bluebird